Home » Jazz Articles » Robert Levin: The War is Over - A Conversation About Jazz

By AAJ Staff
August 21, 2010
Sign in to view read count
[Editor's Note: Interview conducted by Eleanor Brietel, New York Editor of The Drill Press. Most of this interview, originally published on the Buzzle website, was conducted via email.] 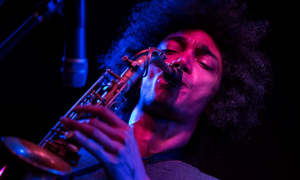