As a boy, Bix Beiderbecke had a few piano lessons, but he was self-taught on cornet and developed an unorthodox technique by playing along with recordings. His family disapproved of his interest in jazz and sent him to Lake Forest Academy in 1921, but the opportunity to play and hear jazz in nearby Chicago caused frequent truancy and eventually his expulsion. After several months working for his father in Davenport, he turned to a career in music. Based in Chicago, he became known through his playing and recordings with the Wolverines in 1924. In the same year, he began a long association with Frankie Trumbauer , recording with him in New York; after working with Jean Goldkette's dance band (1924), he played with Trumbauer's group in St

Cleveland, Ohio. Having lived here for my entire life, the word “city" does not quite describe what Cleveland truly is. There is of course a downtown urban area, one filled with noteworthy neoclassic architecture and an overall stately appearance that is often overlooked by those who live here. That said, most “Clevelanders" don't actually live within ...

All About Jazz is celebrating Bix Beiderbecke's birthday today! As a boy, Bix Beiderbecke had a few piano lessons, but he was self-taught on cornet and developed an unorthodox technique by playing along with recordings. His family disapproved of his interest in jazz and sent him to Lake Forest Academy in 1921, but the opportunity to ... 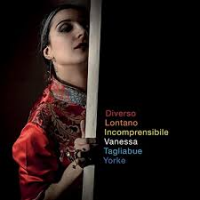 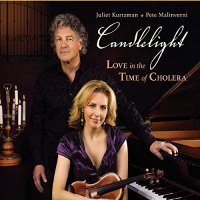 Gabriel García Márquez is a Columbian author whose novel Love In The Time Of Cholera forms part of the title of this duo recording by jazz pianist Pete Malinverni and classical violinist Juliet Kurtzman. The theme of the novel is about love found, lost and found again, while the musical program presented here keeps the love ...

Bix Scott Chantler 254 Pages ISBN: #9781501190780 (13) Gallery 13 2020 Leon Bismark “Bix" Beiderbecke's brief life has all of the hallmarks of a romantic legend. Wrote and recorded some of the landmark music in the early history of jazz; inspired a generation of soloists; overcame obstacles, including ...

Tales of The Mystic Order of the Jazz Obsessed - Jazz Societies, Part II

Part 1 | Part 2 Jazz Societies, Part 1 briefly traced the preservation and interpretation of jazz from the oral history of its West African roots through academic and cultural institutions. The article included an overview of jazz societies and foundations that further the fostering of jazz education. The organizations vary in scope, size ...