Early jazz legend Leon Bismark [Bix] Beiderbecke was born on March 10, 1903, in Davenport, Iowa, a mid-sized midwestern city. He attended Davenport schools until 1920 and showed an early aptitude for music. His family disapproved of his interest in jazz and sent him to Lake Forest Academy [IL] in 1921, but the opportunity to play and hear jazz in nearby Chicago was too distracting and eventually led to his expulsion. After several months working for his father in Davenport, he returned to Chicago.

He played with several bands around Chicago joining the Wolverine Orchestra in 1924. Bix became well known through his playing and recordings with the Wolverines. In October 1924 Bix left The Wolverines and joins The Jean Goldkette Orchestra. Also in that year, he began playing with Frankie Trumbauer’s jazz group, recording with him in New York and playing mostly in St. Louis. Bix’s association with Trumbrauer broadened his musical experiences. In late 1926, he and Trumbauer joined Goldkette and were prominent members of his group in New York until it disbanded in September 1927.

In October 1927, Bix and Trumbauer joined the Paul Whiteman Orchestra. The Whiteman Orchestra was on national radio, and played every major concert hall in the USA, including Carnegie Hall where Bix played his own composition "In A Mist." Bix continued with Whiteman until September 1929. Experiencing a larger audience Bix continued to write and record many of his most memorable compositions. Beiderbecke's originality made him one of the first white jazz musicians to be admired by black performers. Louis Armstrong recognized in him a kindred spirit, and Rex Stewart exactly reproduced some of his solos on recordings. Beiderbecke's influence on such white players as Red Nichols and Bunny Berigan was decisive.

Beiderbecke's worsening alcoholism caused his health to deteriorate, and he was frequently unable to perform gigs. He left Whiteman in September 1929; his hopes of rejoining the group after recuperation were not realized. Until his death, he worked in New York in a radio series with the Dorsey brothers a few times, with the Casa Lorna Orchestra, and with Benny Goodman. Bix did seek treatment for his addiction in rehabilitation centers, with the direct support of Whiteman and the Beiderbecke family. Ultimately, he failed to stop his decline. He left the Whiteman band in 1929 and in the summer of 1931 died aged 28 in his Queens apartment. He was buried on August 11, 1931, in the family plot at Oakdale Cemetery in Davenport.

As a boy, Bix Beiderbecke had a few piano lessons, but he was self-taught on cornet and developed an unorthodox technique by playing along with recordings. From relatively undistinguished influences, Beiderbecke developed a beautiful and original style. His distinctive, bell-like tone (his friend Hoagy Carmichael described it as resembling a chime struck by a mallet) achieved additional intensity through his unorthodox fingering, which often led him to play certain notes as higher partials in lower overtone series, imparting a slightly different timbre and intonation to successive pitches. With his basically unchanging tone as a foil, Beiderbecke relied for expressiveness on pitch choice, pacing, and rhythmic placement (as opposed to Louis Armstrong, who systematically used a variety of timbre). Beiderbecke played and composed at the piano throughout his working life, his famous pieces include In a Mist, Flashes, Candlelights, and In the Dark (his published piano compositions). Their use of pandiatonicism, whole-tone scales, and parallel 7th and 9th chords reflect his interest in impressionist harmonic language. However, his cornet playing, nearly always in settings over which he had no control, had to conform to the harmonic usage of contemporary jazz and popular music. His playing was largely diatonic and made sparing use of non-diatonic 9ths and 13ths as accompaniment without contradicting them, as his solo on Royal Garden Blues of 1927 shows. This characteristic, together with his unique timbre, gave his work a restrained, introspective manner and often set his playing apart from its surroundings. Clearly, Bix was an important innovator in early jazz

Although he was largely unknown to the general public at the time of his death, he acquired an almost legendary aura among jazz musicians and enthusiasts. On account of such popularized tales as Dorothy Baker's novel Young Man with a Horn (Boston, 1938), based very loosely on his life and career. Her story of the doomed trumpet player Rick Martin was inspired, she wrote, by "the music, but not the life" of Beiderbecke. Additionally, In 1950, Michael Curtiz directed the motion picture Young Man with a Horn, starring Lauren Bacall, Kirk Douglas, and Doris Day. In this version, in which Hoagy Carmichael also plays a supporting role, the Rick Martin character is further explored. Bix with his unique talent and short tragic life soon came to symbolize the “Roaring Twenties” in the popular cultural imagination.

Nowhere is Bix's memory more alive than in his hometown of Davenport, IA. The Bix Beiderbecke Memorial Society non-profit was founded in 1971 in Davenport, Iowa. Its goal is to perpetuate the music and memory of Leon "Bix" Beiderbecke through an annual jazz festival, jazz education programs, and the preservation of traditional jazz. Also in that year, the Bix Beiderbecke Memorial Jazz Festival was founded and promotes an annual Bix Fest weekend. The Bix Fest is a three-day music festival with many traditional jazz bands attracted from around the world. It is held the first weekend of August, to commemorate the anniversary of Bix's passing on August 6, 1931.

Later in July 1974, the first Bix 7 mile road race was held with 84 runners. Today the Bix 7 road race is an internationally known event with elite runners from all over the world. On average 12,000 to 18,000 runners compete on a road course in the streets of downtown Davenport. It is held annually on the last Saturday in July and is primarily sponsored by the Quad-City Times. The race provides generous funding for many charities in the Davenport area.

In 1977, the Beiderbecke childhood home at 1934 Grand Avenue in Davenport was added to the National Register of Historic Places. The house was purchased and renovated by Italian film director Pupi Avati for portions of his biography film “Bix: An Interpretation of a Legend” during the summer of 1990. Later in 2017, the Bix Beiderbecke Museum & Archives opened in Davenport.

The Syncopated Soul of Bix 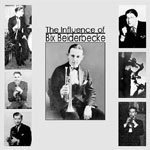 The Influence of Bix... 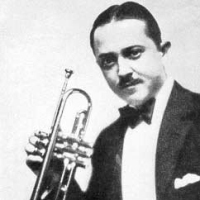 All About Jazz musician pages are maintained by musicians, publicists and trusted members like you. Interested? Tell us why you would like to improve the Bix Beiderbecke musician page.