Kansas City jazz, a hard-swinging, blues-based musical style that flourished in the 1920s and '30s, is one of the greatest contributions to the uniquely American art form of jazz. Of the countless musicians and bandleaders who played at nightclubs, ballrooms, social clubs, and all-night jam sessions in the 18th & Vine district during that golden era, none embodied Kansas City jazz more than Bennie Moten.

Moten was born and raised in Kansas City, where he studied piano with two of Scott Joplin's former students. While Moten was considered to be a good, but not exceptional, piano player, he excelled as a bandleader and businessman. Good-natured and generous, and was able to hire the best musicians in the area, many of them lured away from rival bands.

By 1918, Moten was leading his own professional ragtime trio, which he later expanded to a six-piece band. They played regularly at the Panama Club and the Streets Hotel Lounge from 1921 to 1923. In September of 1923, the Moten band accompanied Ada Brown on what is considered the first recording of Kansas City Jazz, "Evil Mama Blues."

Over the next twelve years, Moten's band expanded several more times and its members included some of the great jazz musicians of the day, most notably Count Basie who joined in 1929. Walter Page, Jimmy Rushing, Hot Lips Page and Eddie Durham followed. Durham brought a fine trombone style and great arrangements to the band.

With Moten as the principle architect, the Bennie Moten Orchestra developed and refined the Kansas City style of big band jazz. When Moten hired Ben Webster and Eddie Barefield in 1932, the modernization of the band was complete.

In addition to performing around the country, the Bennie Moten Orchestra made nearly one hundred recordings for the Okey and Victor labels, including "South," "Prince of Wails," and the classic "Moten's Swing," their best- known tune.

In 1935, Moten's band traveled to Denver to begin an engagement at the Rainbow Ballroom while their leader stayed in Kansas City to have his tonsils removed. For reasons not entirely clear, what should have been a routine operation went tragically awry, and Moten died on the operating table at the age of 39. Out of the ashes of the Moten band rose the Count Basie band. 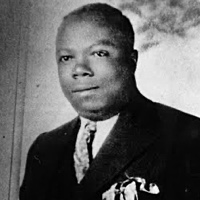 All About Jazz musician pages are maintained by musicians, publicists and trusted members like you. Interested? Tell us why you would like to improve the Bennie Moten musician page.