Along with his fellow New Orleanian, Louis Armstrong, Bechet was one of the first great soloists in jazz. His throaty, powerful clarinet and his throbbing soprano are among the most thrilling sounds in early jazz. He went from being a pioneer of jazz in the 1920s to a national hero in France, where he spent the final decade of his life. In his teens he made his name playing in some of New Orleans's up-and- coming bands, and he played there and in Chicago with King Oliver.

Sidney Bechet was born in New Orleans in May 1897, of Creole ancestry, grew up in a middle class environment. His father, Omar, who was a shoemaker, played the flute as a hobby. Indeed, music had an important role in the Bechet household, as Sidney's four brothers also played instruments. His brother, Leonard, played the clarinet and trombone, and it was to the former instrument that eight- year-old Sidney was attracted. Leonard, whose main interest was the trombone, passed along his clarinet to his younger brother. At first, Sidney played in the family musicales - waltzes, quadrilles, and the polite music of the middle class. But as he grew into adolescence, Sidney was attracted to the syncopated music played in the dance halls and brothels in the Storyville District. As a boy, he would watch the street parades in which jazz bands played and was so attracted to the music, that he often played hooky from school. As he became more proficient on the clarinet, Sidney played in local jazz bands, such as the Young Olympians. His playing so impressed Bunk Johnson, the legendary cornet player, that Sidney was invited to join Johnson's band, the Eagle Band. Sidney gained much experience, playing in dance halls, and for picnics, and parties.

Bechet left New Orleans for the first time when he was 19, traveling to Chicago with pianist, Clarence Williams and his variety show. He recorded a few sides there with Williams in 1923 for the Okeh label, released under the name of Rosetta Crawford accompanied by King Bechet Trio. Bechet plays some very soulful clarinet and saxophone on these sides. He then joined up with King Oliver. Bechet's big break came in 1919 when the composer-conductor Will Marion Cook asked him to join his Southern Syncopated Orchestra for an engagement in London where he came to the attention of the noted Swiss Conductor, Ernst Ansermet, who conducted the music of Stravinsky for the Ballets Russa. Ansermet wrote in a Swiss musical Journal, “The extraordinary clarinet virtuoso Bechet is an artist of genius!”

Much of Bechet's subsequent career was spent abroad. In 1925 he played in Claude Hopkin's band, which was accompanying a revue starring Josephine Baker. Bechet also played in bands led by Noble Sissle in London and Paris, and later, in the United States.

In 1932, Bechet and his friend, trumpet player Tommy Ladnier, formed their own band, the New Orleans Feetwarmers. The New Orleans Feetwarmers 1932 sides are the epitome of Hot Jazz. Bechet’s soprano sax playing is nothing short of amazing on the song “Shag”. Ernest Meyers's scat singing solo on that same song has to be one of the finest examples of Jazz singing ever recorded. Unfortunately the records didn't sell well. When engagements for the Feetwarmers became scarce, Ladnier and Bechet opened a dry cleaning shop in Harlem. In the Forties Bechet worked regularly in New York with Eddie Condon and tried to start a band with Bunk Johnson. Bechet was a popular figure of the Dixieland revival of the late Forties often recording with Mezz Mezzrow.

Bechet returned to France in 1952 and was warmly received there. While in France he recorded hit records that rivaled the sales of pop stars. Bechet was one of the great soloists of early Jazz. He lived a very rich life, always managing to “make the scene” where it was “happening”, whether it be in New Orleans, Chicago, New York, Berlin or Paris.

Much of the latter part of his life, he spent in France. Many of his compositions are inspired by his love for that country. They include “Petite Fleur”, “Rue des Champs Elysees”, and “Si tous vois ma mere”. Other compositions include “Chant in the Night”, “Blues in the Air”, “Bechet's Fantasy”, and his ode to his Brooklyn home, “Quincy Street Stomp”

. It was in Europe that he achieved his greatest success and where eventually made his home, but he never forgot the New Orleans tradition that nurtured and inspired him. Bechet died in Paris, France, on his 62nd birthday, May 14, 1959.

Sidney Bechet played both the clarinet and soprano saxophone with a broad vibrato, a characteristic that gave passion and intensity to his playing. Bechet has left a profound mark on the way the clarinet and the soprano saxophone are played today in jazz. He has influenced countless musicians including Johnny Hodges, John Coltrane, Wayne Shorter, Bob Wilber and Branford Marsalis, among others. Sidney Bechet was a great improviser, with a passion for life as well as music.

In July 1997, The Sidney Bechet Society was formed to perpetuate the name and fame of Sidney Bechet. Show less 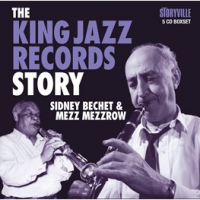 When The Sun Sets...

When The Saints Go... 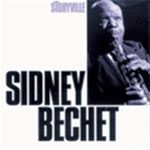 All About Jazz musician pages are maintained by musicians, publicists and trusted members like you. Interested? Tell us why you would like to improve the Sidney Bechet musician page.