Samuel Augustus Newsome was born on April 28, 1965 in Salibury, MD. He is the youngest of three boys. He began playing music at 12 years old when his family relocated to Hampton, VA. By the time he was 15 years old he began playing professionally around town with local R & B bands along with his high school classmate bassist James Genus. It was during high school that he became serious about studying jazz and began taking lessons after school with saxophonist Steve Wilson. It was Steve who introduced him to recordings of jazz legends such as Charlie Parker, John Coltrane, and Sonny Rollins.

In 1983, after graduating high school, Sam received the Kool Jazz Festival scholarship to attend the prestigious Berklee College of Music in Boston, Mass. where he studied saxophone with Billy Pierce, Andy McGhee and George Garzone; and composition with Hal Crook, Fred Lipsius, and Herb Pomeroy. It was there that he also began long time relationships with fellow classmates Danilo Perez, Javon Jackson, Cyrus Chestnut, Mark Whitfield, Antonio Hart, Mark Turner, and many others.

Soon after graduation, Sam received news from pianist Donald Brown (who was also one of his instructors at Berklee) that trumpeter Donald Byrd was looking for a young tenor player to join his band. So that summer, along with Donald Brown, bassist Ron McWhorter, and drummer Billy Kilson, Sam toured with Byrd's quintet, playing major clubs and festivals throughout the U.S. and Europe.

In the fall of 1989, Sam moved to New York and was immediately taking under the wing of saxophonist Donald Harrison. They jammed regularly with legendary drummer Roy Haynes at his house in Long Island, along with guitarist Mark Whitfield and bassist James Genus. Sam would also regularly fill in for saxophonist Justin Robinson, running after-hours jam session at the Blue Note jazz club six nights a week. It was a regular meeting place for young musicians during the late eighties and early nineties. It was at one of the Blue Note jam sessions that Terence Blanchard heard Sam play and soon after asked him to join his band. They began a five year musical relationship that includes three CDs on Columbia/Sony, several movie soundtracks, and performances at clubs and festivals all over the world.

In 1996, Sam made a rather radical change, trading the big tenor saxophone in for the smaller, more difficult soprano saxophone. It was during this time that he started to broaden his musical palette and began studying music from North Africa, Japan, and the Middle East—incorporating non-Western scales into his musical vocabulary. He soon formed Global Unity, which was to become his working band for the next seven years. Global Unity consisted of a wide range of musicians from all over the world: vocalist Elisabeth Kontomanou, oud player Amos Hoffman, guitarist Marvin Sewell, pianist Jean-Michel Pilc, bassist Ugonna Okegwo, and percussionists Gilad and Satoshi Takeishi. They released two CDs: Sam Newsome & Global Unity (Columbia/Sony) and Global Unity (Palmetto)

In 2007, Mr. Newsome’s latest artistic endeavor is composing and performing new music for solo saxophone; a project that he jokingly refers to as, " The Sam Newsome Onetet." He has already received several grants from Meet The Composer, the Jerome Composers Commissioning Program (JCCP) and the New York State Council for the Arts (NYSCA) to write new works exploring the depths of solo saxophone, which he will begin premiering in the fall of 2007. Please check out his debut solo saxophone CD, Monk Abstractions (SomeNew Music), which takes the listener on saxophone-centric journey through the music of Thelonious Monk.

"Sam Newsome’s Monk Abstractions is a jazz album that showcases one artist’s superb skill on the soprano sax." —Sari N. Kent, The CelebrityCafe.com

"If you enjoy the sounds of the soprano sax pushed to new limits, this is the CD for you!" —Xavier P., RadioIndy.com

"Newsome expands the sound of a single soprano saxophone into a one man band." —Mark Corroto, All About Jazz 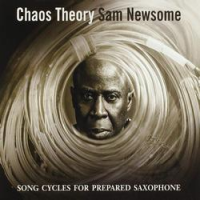 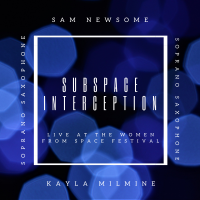 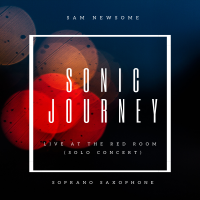 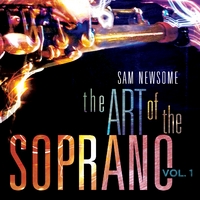 In a Mellow Tone

From: The Art of the Soprano, Vol 1
By Sam Newsome

From: The Art of the Soprano, Vol 1
By Sam Newsome 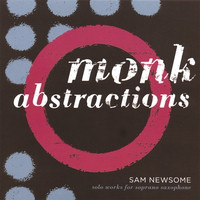 From: Monk Abstractions
By Sam Newsome 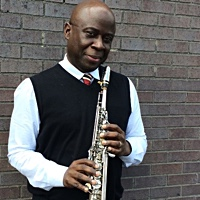 All About Jazz musician pages are maintained by musicians, publicists and trusted members like you. Interested? Tell us why you would like to improve the Sam Newsome musician page.