"One of my wishes has been realized. I found love. It was difficult, but I found it. Because when Billy Holiday sang, “You don‘t know what love is,” great singers will tell you… it‘s a partnership. It‘s a sharing"....—-Cecil Taylor November 10, 2010

"Practice, to be studious at the instrument, as well as looking at a bridge, or dancing, or writing a poem, or reading, or attempting to make your home more beautiful. What goes into an improvisation is what goes into one's preparation, then allowing the prepared senses to execute at the highest level devoid of psychological or logical interference. You ask, without logic, where does the form come from? It seems something that may be forgotten is that as we begin our day and proceed through it there is a form in existence that we create out of, that the day and night itself is for. And what we choose to vary in the daily routine provides in itself the fresh building blocks to construct a living form which is easily translated into a specific act of making a musical composition." - Cecil Taylor

Cecil Taylor has been an uncompromising creative force who is a testament to his own existence and personal experience since his earliest recordings in the 1950's. In the 1960's, his music would become a leading exponent, along with that of John Coltrane and Ornette Coleman, of the budding "free-jazz" movement. This movement shook the very foundations on which jazz music was securely resting and marks a major turning point in the history of the music that challenged the structures of form and the tonal harmonic system. Taylor has said of his characteristic rhythmic playing that he tries "to imitate on the piano the leaps in space a dancer makes" and his orchestral facility on the piano has allowed him to innovate new musical textures in small ensemble performance. Taylor's playing has always been technically sophisticated, but as he once said, "technique is a weapon to do whatever must be done".† The personnel in his bands over his almost five decades in jazz comprises a list of astounding talent including: Steve Lacy, Jimmy Lyons, Albert Ayler, Buell Neidlinger, Dennis Charles, Archie Shepp, William Parker, Max Roach, Tony Williams, Mark Helias, Mary Lou Williams, and Bill Dixon. Additionally, he has worked with several notable dancers and choreographers including composing music for Diane McIntyre, Mikhail Barishnokov, and Heather Watts.

While his music has always been controversial to mainstream audiences, he has always been totally true to his artistic vision, and this has extended into all aspects of his life including his passions for reading, dance, theatre, and architecture. He is also an accomplished poet, and has incorporated this talent into many of his performances and recordings.

Born in New York on March 25, 1929, Cecil Taylor began playing piano and at the age of five at the encouragement of his mother. From 1951-1955 he attended the New England Conservatory where he concentrated in piano and music theory. His early professional career began working with Hot Lips Page and Johnny Hodges (c. 1953). In 1955 he formed a quartet with Steve Lacy and soon released his first important album, Jazz Avance (1956). An engagement shortly after at the Five Spot helped to establish the Greenwich Village club as a forum for East Coast new jazz. During this period he also made an appearance at the Newport Jazz Festival and the Great South Bay Jazz Festival. In 1960 his "free-jazz" quartet controversially temporarily replaced a "hard-bop" band in the play The Connection.

In 1962 he was awarded Downbeat's "new star" award for pianists while ironically unable to get work for most of the 60's. He claims he was forced to live on welfare for at least five years during this period. In 1964 he took part in the October Revolution in Jazz, a series of New York City Concerts self-sponsored by Bill Dixon's Jazz Composers Guild (consisting mostly of musicians of the avant-garde variety). In the 70's, he briefly taught at Antioch College, the University of Wisconsin, and Glassboro State College in New Jersey.

Virtually all of Taylor's recorded music between 1967 and 1977 was recorded and released in Europe. After 1973, his career began to gain momentum and he began to tour regularly as a solo pianist and leading his own groups. He was also awarded a Guggenheim Fellowship and ran his own record label named Unit Core. In 1975 he was elected into the Down Beat Hall of Fame. In 1979 he composed music for the play "Tetra Stomp: Eatn' Rain in Space".

In the late 70's and early 80's Taylor began to collaborate with Diane McIntyre and her dance company Sound In Motion. This company focused on combining jazz and spoken poetry into dance. In 1988 he was honored with a month-long festival of his music in Berlin, involving many of Europe's prominent avant-garde jazz musicians. In 1990 he was named a NEA Jazz Master and in 1991 he was awarded a McArthur Foundation "genius" grant-in-aid, which provided him with considerable financial security. He was not invited to play at Jazz at Lincoln Center because of certain accusations that his music did not fit into the artistic directors' definition of "jazz", so he rented Alice Tully Hall and gave an unaccompanied piano concert, which won him a considerable amount of critical acclaim. In October of that year he gave a concert with orchestral accompaniment in San Francisco and in 1999 he appeared at a Library of Congress concert in Washington, D.C.

Taylor, now in his almost 82nd year, continues to compose music and poetry. At a time in his career when most artists of his stature could sustain themselves with a victory lap of regurgitating the past or to slip into silent retirement, Taylor continues to push new boundaries with his art. Taylor is unquestionably an artist of the highest rank, and a direct link to America's art music. His very personal and distinct artistic vision has taken him through much innovative and unexplored musical territory, demanding much of his listeners but also providing content that can be enjoyed. The musical world is awaiting the next step of Cecil Taylor. 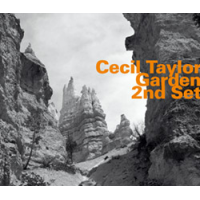 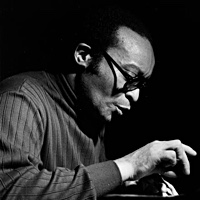 All About Jazz musician pages are maintained by musicians, publicists and trusted members like you. Interested? Tell us why you would like to improve the Cecil Taylor musician page.