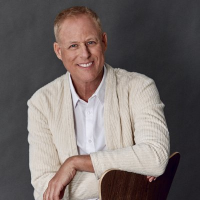 Shambhu (pronounced 'SHOHM-boo') transforms stillness and silence into calming sounds. He's an acclaimed jazz guitarist and composer who the Marin Independent Journal called "a consummate guitarist". Common Ground says, “Shambhu is at once precise, skilled, sensitive and inventive way beyond the norm.”

​His latest release, "Lilac Skies," has been called "acoustic six-string bliss....everything I enjoy in one nice package, seriously good musicianship, some cool jazz, blues, and just enough new age for a kick back and relaxing time, with a definitive groove." (New Age Music Reviews)

​Shambhu is featured on Whitney Houston’s 'Whitney', Jeff Oster's 'Next, Ricochet – The Echoes Living Room Concerts (Vol 20)', two Will Ackerman compilations, 'The Gathering II', and 'The Gathering I' (ZMR Award for "Best Album of the Year"), 'The Guitar - The Best of New Age Reviews', and on Ann Licater's 'Doorway to a Dream'.

“...A PATHWAY OF SOUND INTO THE OCEAN OF LOVE THAT EACH OF HAS WITHIN." ~Sujantra McKeever, Huffington Post

“...A TRANSCENDENT RESPITE IN THE WORLD OF ABSURDITY." ~R J Lannan, The Sounding Board

"Shambhu is A BREATH OF FRESH AIR who brings with him music to soothe the soul and the mind.” ~ThisIsTheLatest.com 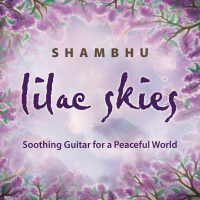 From: Lilac Skies
By Shambhu

All About Jazz musician pages are maintained by musicians, publicists and trusted members like you. Interested? Tell us why you would like to improve the Shambhu musician page.