“Pianists have been tinkering with the guts of their instruments for nearly a century now, but it’s altogether likely that no one has explored the art of prepared piano as diligently or creatively as ‘hyperpianist’ Denman Maroney.” —Time Out New York

The music of “hyperpianist” Denman Maroney is inspired by the sounds of crickets and carpenters' tools among other things and by the music of Cage, Coleman, Cowell, Ellington, Ives, Joplin, Messiaen, Monk, Nancarrow and Stockhausen among others. Maroney uses a set of extended piano performance techniques he calls hyperpiano, which involves bowing or sliding the strings with copper bars, metal bowls, rubber blocks, and plastic boxes and gives him a unique, special and beautiful vocabulary. He also uses a system of temporal harmony based on the undertone series, which enables him to play as well as write in several beats at once.

Maroney has received grants from: Chamber Music America's New Works Creation and Presentation Program; Music Omi; the National Endowment for the Arts (NEA) to compose for Medicine Show's productions of Jack Agueros' The Sea of Chairs and e.e. cummings' HIM; Yale Summer School of Music & Art (YSSMA) for a composer-in-residence fellowship; ASCAP, New York State Council on the Arts (NYSCA) for a Roulette commission, New York Foundation for the Arts (NYFA) for a composition fellowship, Mary Flagler Cary Charitable Trust for a Tambastics commission, Jerome Robbins Foundation for a Nimbus Dance Theater commission, and Meet the Composer on several occasions. 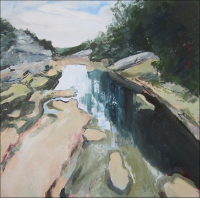 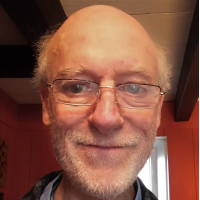 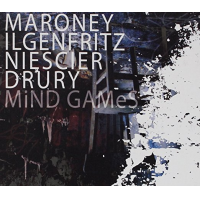 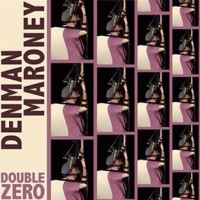 From: Covid Variations
By Denman Maroney

From: Covid Variations
By Denman Maroney 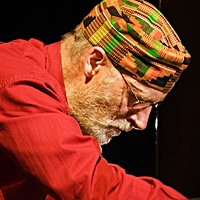 All About Jazz musician pages are maintained by musicians, publicists and trusted members like you. Interested? Tell us why you would like to improve the Denman Maroney musician page.