For the past thirty years Ellery Eskelin has been at the forefront of the global creative improvised music scene. Based in New York City, he has traveled widely performing, recording and amassing a very personal and iconoclastic body of work. And yet Ellery Eskelin has always remained deeply committed to the traditions of jazz and American music. Eskelin embodies this seeming contradiction with ease. He does not see jazz as a style or idiom but as a process. Further, a process of creative development that has great relevancy to our time. In this pursuit Eskelin consistently delivers to the listening public unadulterated, passionate music with no excuses and no apologies.

Ellery Eskelin (born 1959) was raised in Baltimore and began playing the tenor saxophone at age ten, inspired by his mother "Bobbie Lee" who played Hammond B3 organ professionally in the early sixties. In 1983 Eskelin moved to New York City and in 1987 began recording with the cooperative group Joint Venture which also began his exposure on the European international touring circuit. Soon after, Eskelin formed the first of many projects as a leader beginning with a trio comprised of bassist Drew Gress and drummer Phil Haynes followed by a short lived group featuring Joe Daley on tuba and Arto Tuncboyaciyan on bakdav drums and percussion. In 1992 Eskelin joined drummer Joey Baron’s group, "Baron Down" (instrumentation of drums, trombone and saxophone), an experience that proved to be an important catalyst in his own work fostering an increased interest in new and unusual instrumentation. In 1994 Eskelin formed the group most often associated with him including accordionist Andrea Parkins and drummer Jim Black. To date he has written over 50 compositions for this group, each of which has been documented on a series of CD releases on the Swiss hatHUT record label. The band has toured regularly and performed hundreds of concerts in the US, Canada and throughout Europe during the past twenty years. Eskelin's most recent project is "Trio New York" featuring organist Gary Versace and drummer Gerald Cleaver. "Trio New York" takes a free approach to the great American songbook, bringing Eskelin full circle to his musical beginnings while addressing his varied musical journeys since then.

Along the way Eskelin has done a number of side projects including a group featuring guitarist Marc Ribot and drummer Kenny Wollesen dedicated to the music of Gene Ammons, improvisatory duos with Dutch drummer Han Bennink, an improvising ensemble consisting of strings, vibraphone and saxophone and most recently a group featuring Susan Alcorn on pedal steel guitar and bassist Michael Formanek. Over the years Eskelin has developed a number of other important associations with musicians such as Gerry Hemingway, Mark Helias, Sylvie Courvoisier, and Bobby Previte. As a side-person Eskelin has worked with a broad cross section of jazz, avant-pop and new-music figures such as organist Brother Jack McDuff, composer Mikel Rouse, guitarist Eugene Chadbourne, oud player and composer Rabih Abou-Khalil, drummer Daniel Humair and the pseudo-group "The Grassy Knoll" among many others.

Eskelin's recordings as a leader and co-leader (there are currently twenty) have been named in Best of the Year critics' polls in the New York Times, The Village Voice, and major jazz magazines in the US and abroad. He also appears on over fifty recordings as a side person. DownBeat Magazine named Eskelin as one of the 25 Rising Stars for the Future in its January 2000 issue ("...players who not only insure the music's survival but promise to take it to the next level") as well as including him in their Annual Critics Polls nearly every year since then. Eskelin was a nominee for the prestigious Danish Jazzpar award in 2003 and was the recipient of a Chamber Music America French-American Exchange grant in 2007 and in 2014 as well as a Chamber Music America New Jazz Works grant in 2009. Show less

“…he is a genuine master…with an original voice and command of the saxophone shaped by a legacy running from Coleman Hawkins to Evan Parker.” (The New York City Jazz Record, September 2016)

"…Eskelin’s rough-hewn tenor is one of modern jazz’s most readily identifiable sounds." (Point of Departure, 2011)

"A major player in today's creative music" (Down Beat, September 1995)

"...a powerful soloist brimming with ideas and limitless imagination..." (Time Out London, May 2009)

"Ellery Eskelin, a rugged tenor saxophonist with a romantic streak that runs parallel to his experimental leanings…" (The New Yorker 2013)

“…he is a genuine master…with an original voice and command of the saxophone shaped by a legacy running from Coleman Hawkins to Evan Parker.” (The New York City Jazz Record, September 2016)

"…Eskelin’s rough-hewn tenor is one of modern jazz’s most readily identifiable sounds." (Point of Departure, 2011)

"A major player in today's creative music" (Down Beat, September 1995)

"...a powerful soloist brimming with ideas and limitless imagination..." (Time Out London, May 2009)

"Ellery Eskelin, a rugged tenor saxophonist with a romantic streak that runs parallel to his experimental leanings…" (The New Yorker 2013)

"Eskelin's work is completely of the moment: a gorgeous, rocking, diffuse current of improvised sound that is unique even in the progressive jazz world." Seattle Weekly, October 25, 2000 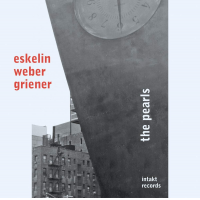 From: Entity
By Ellery Eskelin 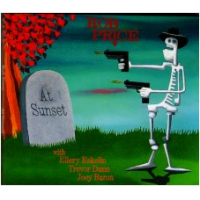 From: At Sunset
By Ellery Eskelin 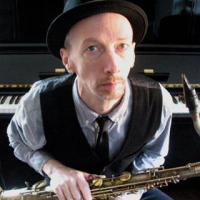 All About Jazz musician pages are maintained by musicians, publicists and trusted members like you. Interested? Tell us why you would like to improve the Ellery Eskelin musician page.