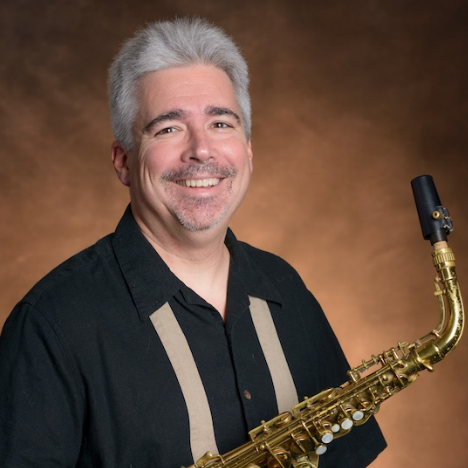 With a career spanning two continents before he was 20, arrangements that have received awards from both Downbeat (2021) and the American Society of Music Arrangers and Composers (2021) while still a student, and compositions described as “on a scale with Everglades by Terence Blanchard,” (Gary Lowe, WUNH), Simeon Nathanael Davis is a composer, bandleader, saxophonist, and violinist who blends jazz, folk, classical, and neo-soul music with his roots in South African jazz to programmatically trace narratives drawn from mythology, religion, fiction, and lived experiences. Davis was raised and lived in Cape Town, South Africa for 17 years

Chris Torkewitz saxophonist | flutist | pianist | composer Described as "masterful, technical perfection" (Vittorio Lo Conte, Musiczoom), Chris Torkewitz has been recognized as being in the "super-skilled" class of musicians and hailed for his "commanding fluency" (Fritz Balwit, Audiophile Audition). Torkewitz has performed at Carnegie Weill Recital Hall, the Kennedy Center, and for the German embassies in Toronto, DC, and New York. He has had the extraordinary honor of performing for Bill Clinton and Nelson Mandela, as well as of sharing stages with jazz legends like Bob Mintzer, Michael Brecker, Joe Lovano, and Dave Liebman

Michigan native Stratøs is a saxophonist, composer, producer, and film photographer whose presence in the modern jazz scene is rapidly growing. His improvisational style is rooted heavily in the subtle melodicism of the cool jazz tradition and extends to the bold, complex nature of the electronic jazz scene. His compositions explore a combination of elements between jazz and other styles such as hip-hop, metal, electronica and classical. Stratøs is the three-time winner of the Herb Alpert Young Jazz Composer Award from 2019-2021. Additionally, he was awarded the ASCAP Foundation’s Johnny Mandel Prize as well as being selected as a National Sawdust New Works Commission Contest winner

Todd Bashore was born in Chapel Hill, North Carolina. He received his bachelor’s degree in music from Duke University where he studied saxophone, composition and arranging with Paul Jeffrey. Upon graduation, Todd moved to New York City to study with jazz legends Jimmy Heath and Roland Hanna at Queens College, where he received his master’s degree. Todd has been active in the New York jazz scene ever since, performing and recording with David Berger, the Captain Black Big Band, the CTI All-Star Band, Orrin Evans, Pedro Giraudo, Slide Hampton, Jimmy Heath, the Mambo Legends Orchestra, matchbox twenty, Christian McBride, the New York City Ballet, Chico O’Farrill, Valery Ponomarev, Bobby Sanabria, Bruce Springsteen, Charles Tolliver, Bebo Valdéz, Max Weinberg, and many others. Recent tours include a trip to Taiwan with the Charles Tolliver Sextet, an extended US tour with Max Weinberg, and an Asian tour with the Christian McBride Big Band. Todd keeps busy as a composer & arranger writing for many projects including the Captain Black Big Band and the Afro-Latin Jazz Orchestra

I am currently a high school student playing In symphonic, jazz, pep, and marching band for Riley high school in South Bend.I have experience playing almost every saxophone. I currently own an alto, tenor, and baritone saxophone. I can play almost every style of music and have a preference for jazz or pop arrangements. I am currently open to learning more about music and interested in tagging along with jazz bands or pop bands.

Benjy Sandler is a 22-year-old saxophonist and composer from North London. Currently studying French and Spanish at the University of Bristol, he is due to start a Master in Performance at the Guildhall School of Music and Drama from next year. He has collaborated with a wide range of UK- and France-based artists, including Kielan Sheard, Leonard Maassen, Toussaint Guerre, Karl Moussavou, jazz-rap group Neo Arc, and many others. His influences include John Coltrane, Soweto Kinch, Lynn Cassiers, Evan Parker and Fred Anderson.

Bryan Thompson (know as B. Thompson) is a 25-year-old Pop / RNB Instrumentalist from Indianapolis, Indiana. The youngest of 3 at age 9, Bryan became a child prodigy, mastering multiple instruments despite hearing loss in his right ear. Child prodigy turned internet sensation B.Thompson’s covers of popular records has garnered social media views totaling over 100 million views in counting. In 2019 B.Thompson released his debut single “Irresistible”followed by his highly anticipated EP “Isolated Sessions” in 2020. B. Thompson has been recognized for his skills by notable celebrities & media such as Chris Brown, Cardi B, Chloe & Halle, Mariah Carey, World Star, The Shaderoom, 9gag, BET & Power 106 LA