Since his emergence on the creative jazz and new music scene in the late ‘60s and early ‘70s, Joe McPhee has been a deeply emotional composer, improviser, and multi-instrumentalist, as well as a thoughtful conceptualist and theoretician. Born on November 3, 1939, in Miami, FL, McPhee first began playing the trumpet at age eight. McPhee continued on that instrument through high school and then in a U.S. Army band stationed in Germany; during his Army stint, he was first introduced to traditional jazz. Clifford Thornton ’s Freedom and Unity , recorded in 1967 and released in 1969 on the Third World label, is the first recording on which McPhee appears. In 1968, he began playing the saxophone and since then has investigated a wide range of instruments (including pocket trumpet, clarinet, valve trombone, and piano), with active involvement in both acoustic and electronic music.

McPhee’s first recordings as leader appeared on the CjR label, founded in 1969 by painter Craig Johnson . These include Underground Railroad by the Joe McPhee Quartet in 1969, Nation Time by Joe McPhee in 1970, and Trinity by Joe McPhee, Harold E. Smith and Mike Kull in 1971. By 1974, Swiss entrepreneur Werner X. Uehlinger had become aware of McPhee’s recordings and unreleased tapes. Uehlinger was so impressed that he decided to form the Hat Hut label as a vehicle to release McPhee’s work. The label’s first LP was Black Magic Man , which had been recorded by McPhee in 1970. Black Magic Man was followed by The Willisau Concert and the landmark solo recording Tenor , released by Hat Hut in 1976. The earliest recordings by McPhee are often informed by the revolutionary movements of the late ‘60s and early ‘70s; for example, Nation Time is a tribute to poet Amiri Baraka and Joe McPhee & Survival Unit II at WBAI’s Free Music Store, 1971 (finally released as a Hat Art CD in 1996) is a sometimes anguished post- Coltrane cry for freedom and liberation.

As the 1980s began and with a number of Hat Art recordings under his belt, McPhee met composer, accordionist, performer, and educator Pauline Oliveros , whose theories of “deep listening” strengthened his interests in extended instrumental and electronic techniques. McPhee also read Edward de Bono ’s book Lateral Thinking: A Textbook of Creativity, which presents concepts for solving problems by “disrupting an apparent sequence and arriving at the solution from another angle.” de Bono ’s theories inspired McPhee to apply this “sideways thinking” to his own work in creative improvisation, resulting in the concept of “Po Music.” McPhee describes “Po Music” as a “process of provocation” that can be used to “move from one fixed set of ideas in an attempt to discover new ones.” He concludes “It is a Positive, Possible, Poetic Hypothesis.” The results of McPhee’s application of Po principles to creative improvisation can be heard on several Hat Art recordings, including Topology , Linear B , and Oleo & a Future Retrospective .

Although his work was well documented on Hat Hut, McPhee remained a relative unknown in his home country. During the 1990’s, McPhee finally began to attract wider attention from the North American creative jazz community. He has since been performing and recording prodigiously as both leader and collaborator, appearing on such labels as CIMP, Okkadisk, Music & Arts, and Victo. In 1996, 20 years after Tenor , Hatology released As Serious As Your Life , another solo recording (this time featuring McPhee performing on various instruments). McPhee also began a fruitful relationship with Chicago reedman Ken Vandermark , engaging in a set of improvisational dialogues with Vandermark and bassist Kent Kessler on the 1998 Okkadisk CD A Meeting in Chicago . The Vandermark connection also led to McPhee’s appearance on the Peter Brötzmann Chicago Octet/Tentet three-CD box set released by Okkadisk that same year. As the 1990s drew to a close, McPhee discovered two like-minded improvisers in bassist Dominic Duval and drummer Jay Rosen . The trio premiered at the Vision Jazz Festival, but the concert went unnoticed by the press; McPhee, Duval , and Rosen therefore decided that an apt title for the group would be Trio X . A number of Trio X recordings, have since been released on the CIMP and CADENCE JAZZ RECORDS labels, and the band has received favorable critical notice for these, as well as for its live concert and festival appearances.

With a career now spanning over 37 years and more than 60 recordings, Joe McPhee has shown that emotional content and theoretical underpinnings are thoroughly compatible ��" and in fact, a critically important pairing ��" in the world of creative improvised music. Show less 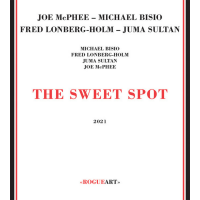 Let The Free Be Men 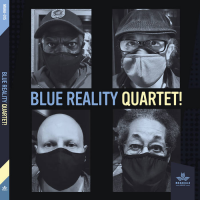 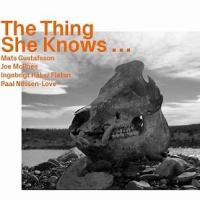 The Thing She Knows... 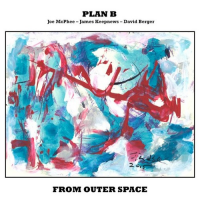 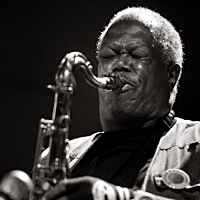 All About Jazz musician pages are maintained by musicians, publicists and trusted members like you. Interested? Tell us why you would like to improve the Joe McPhee musician page.