Tenor saxophonist extraordinare, Fred Anderson was born in Monroe, Louisiana. In 1940, Fred migrated to Evanston, Illinois, and also lived for a time in Gary, Indiana. Making a living waiting tables, and installing carpet, Fred Anderson ho nned his skills on tenor. He cites his primary musical influences as Charlie Parker because of Bird's profound knowledge of the saxophone.

In the early 1960's, Fred came in contact with more and more members of the soon-to-be-formed AACM. In 1964, he performed on what many to consider to be the first AACM concert which featured Fred, Billy Brimfield (trumpet), Joseph Jarman (woodwinds), Arth ur Reed (drums), Charles Clark (bass). The first formal meetings of the AACM occured in mid-year of 1965, and Fred was an early member. Fred recalls, "I was at one of the earlier meetings. I think it was the first or second meeting. We sat down and talked about it. They drew up this charter, a not-for-profit charter, a nonprofit chater. That's how it began. Muha l already had that Experimental Band. The idea was to be able to approach the music in a different way, to write your own music".

Through his years of performing, Fred has participated in, and lead many unique and creative ensembles. In the 1970's Fred Anderson's collective featured some of the stellar musicians working in music including: George Lewis (trombone), Douglas Ewart (woodwinds), Hamid Drake (percussion), Adegoke Steve Colson (piano), Felix Blackmon (bass), Iqua Colson (vocal). Thinking back on this period, Fred remembers, "-it wasn't like I was telling them. We were doing it together. They were inspiration to me and maybe I inspired them..... I just thought about us all playing together. I didn't think about me being a teacher..... Everyth ing was done on the bandstand."

Anderson plays a powerful tenor saxophone, blowing quick scales in a distinctive, forward-bent posture. In 1983, Fred Anderson founded the Velvet Lounge in Chicago. This jazz and improvised music venue was a showcase for AACM musicians and improvised music enthusiasts for years until its recent closing. The club is being expanded and relocated in the summer of 2006, and will reopen a block from the original location in July of 2006.

For Fred Anderson: A Remembrance of the Late Jazz Saxophonist

We Will Miss You Dearly, Mr. Fred Anderson 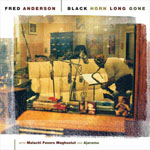 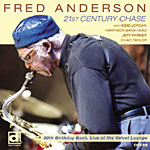 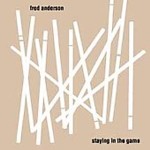 Staying In The Game 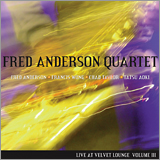 Live at the Velvet... 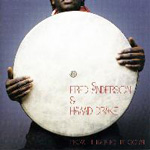 From The River To The...

All About Jazz musician pages are maintained by musicians, publicists and trusted members like you. Interested? Tell us why you would like to improve the Fred Anderson musician page.