Mystical yet fiery, passionately romantic yet supremely cool…You hear those first few notes from that instantly recognizable tenor and know you’re in the unique musical world of Gato Barbieri.

Beginning professionally as a teenager playing alto sax in Buenos Aires clubs, Barbieri’s enduring career has covered virtually the entire jazz landscape, from free jazz (with trumpeter Don Cherry in the mid-60s) and avante garde to film scoring and his ultimate embrace of Latin music throughout the 70s and 80s.

He began playing tenor with his own band in the late 50s and moved to Rome with his Italian born first wife Michelle in 1962, where he began collaborating with Cherry. The two recorded two albums for Blue Note, “Complete Communion.” and “Symphony for Improvisers,” which are considered classics of free group improvisations. Barbieri launched his career as a leader with the Latin flavored “The Third World,” in 1969, and later parlayed his Grammy winning “Last Tango In Paris” success into a career as a film composer, scoring a dozen international films over the years in Europe, South America and the United States.

From 1976 through 1979, Barbieri released four popular albums on A&M Records, the label owned by trumpet great Herb Alpert. “The Shadow of the Cat,” is a reunion of sorts for the two, with Alpert playing trumpet and trumpet solos on three songs.

Barbieri officially took up the clarinet at age 12 when he heard Charlie Parker’s “Now’s The Time,” and even as he continued private music lessons in Buenos Aires, he was playing his first professional gigs with Lalo Schifrin’s orchestra. “During that time, Juan Peron was in power”, he recalls. “We weren’t allowed to play all jazz; we had to include some traditional music, too. So we played tango and other things like carnavalito.” In Buenos Aires, Barbieri also had the opportunity to perform with visiting musicians like Cuban mambo king Perez Prado, Coleman Hawkins, Herbie Mann, Dizzy Gillespie, and João Gilberto.

Barbieri credits his learning of musical discipline to his years working with Don Cherry while living in Europe. While collaborating with Cherry in the mid ‘60’s, he also recorded with American expatriate Steve Lacy and South African pianist Abdullah Ibrahim. Other associations during Barbieri’s free jazz days included time with Charlie Haden, Carla Bley and the Jazz Composer’s Orchestra, as well as dates with Stanley Clarke, Airto Moreira, Chico O’Farrell, and Lonnie Liston Smith.

He had recorded a handful of albums on the Flying Dutchman label in the early 70s and then signed with Impulse where he recorded his classic Chapter Series “Latin America ,” “Hasta Siempre,” “ Viva Emiliano Zapata,” and “Alive in New York .” While at Impulse, “Last Tango”hit, and by the mid-70s, his coarse, wailing tone began to mellow with ballads like “What A Difference A Day Makes” (known to Barbieri as the vintage bolero “Cuando Vuelva a tu Lado”) and Carlos Santana’s “Europa.” Barbieri’s A&M recordings of the late ‘70’s, featured this softer jazz approach, but early 80s dates like the live “Gato…Para Los Amigos,” had a more intense, rock influenced South American sound.

After many years of limited musical activity due to the passing of his first wife Michelle (also his closest musical confidant and manager) and his own triple bypass surgery six weeks later, Barbieri returned stronger than ever with the 1997 Columbia offering “Que Pasa,” the fourth highest selling Contemporary Jazz album of the year.

There have been several recent highlights in Gato’s life: In July of 2003, Long Island University and WLIU combined to give Gato a Lifetime Achievement Award. In September of the same year, Boston Symphony Orchestra’s Tanglewood Jazz Festival headlined Gato Barbieri at the Ozawa Concert Hall. The performance was broadcast live by Boston’s WBGH and New York ’s WBGO; it was the beginning of the fledgling NPR station network as the concert was simulcast over eight stations from New England to Pennsylvania to Chicago .

Late in 2004, Gato was honored by his homeland of Argentina when the Argentine Ambassador presented him with a Lifetime Achievement Award at a special function at the Argentine Consulate in New York City.

Also in 2004, Universal Music released four new compilation CD’s in their world renown “20th Century Masters” series: Sarah Vaughan, Charlie Parker, Carmen McRae, and Gato Barbieri. This association with other jazz icons only serves to once again confirm Barbieri’s legendary status both within the music business community and to the entire world.

In 2009 Barbieri released "In Search of the Mystery." 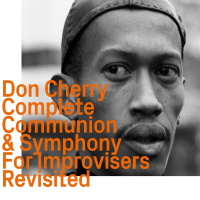 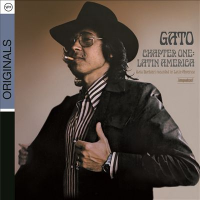 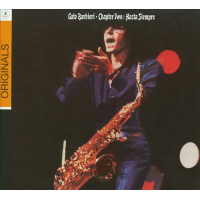 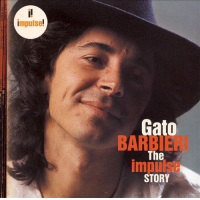 All About Jazz musician pages are maintained by musicians, publicists and trusted members like you. Interested? Tell us why you would like to improve the Gato Barbieri musician page.