A singularly distinctive and uniquely distinguishable stylist, Arthur Blythe is considered one of the greatest alto saxophonist's of his generation. Blythe's beautiful, passionate and expressive sound validates his reputation as one of the most significant jazz musicians of our times. Blythe's work is notable for its exploration of harmony, group counterpoint, and unusual instrumentation. These features, coupled with his rapid, wide vibrato, his swinging style, and his interest in the standard jazz repertory, have won him praise from a wide audience.

Arthur Blythe was born 1940 in Los Angeles and grew up in San Diego where his parents moved 1944. He still performs the same alto saxophone that he and his mother bought 1957 in a second-hand store. Arthur began his career on the alto at nine years old and by 13 was playing in an R&B band. Moving back to LA in the late 50's, Blythe became a leading member of a lively and creative avant-garde jazz scene.

Arthur started working with the inimitable pianist-composer Horace Tapscott with whom he made his first recording in 1969, on Tapscott's "The Giant is Awakening."

Blythe settled in New York City in 1974 and has since built a stellar career while performing in a variety of jazz-oriented, world music environments. His aesthetic vision is broad enough to embrace that which is traditional, the modernist and the experimental impulse in contemporary jazz. Developing his baroque style at the instrument in the combos of Chico Hamilton, (75-77) Gil Evans, (76-78) Lester Bowie, (‘78), Jack DeJohnette, (‘79) and McCoy Tyner. (‘79)

Arthur's discography, as a leader or guest artist, extends to over 50 albums and includes ten seminal CBS Record albums, recordings with the Roots Band, The Leaders and The World Saxophone Quartet he made during the 80's. One of the last jazzers to receive the start treatment at Columbia records, altoist Arthur Blythe made a series of fine records that covered the distance between his loft jazz roots and the pop tastes of the time. "Lenox Avenue Breakdown"(’79) combined Blythe's singularly soulful delivery with a mix that seems more suited to now than then. Blythe wasted no time in recruiting a dream team of drummer Jack DeJohnette, tuba player Bob stewart, and bassist Cecil McBee on the bottom, joined by guitarist James Blood Ulmer in the middle, and flutist James Newton on top, plus percussionist Guillermo Franco to add an appropriately Spanish tinge now and again. This group plays like a band that had been together for years, not the weeklong period it took them to rehearse and create one of Blythe's masterpieces. Close to thirty years later, “Lenox Avenue Breakdown” still sounds new and different and ranks among the three finest albums in his catalog.

There is an excellent interview by Fred Jung here @ all about jazz, and in Arthur’s words; “I am not just avant- garde. I like to play all types of music as much as I can play, straight-ahead or whatever they call that. I like rhythm and blues. I like music with form, not atonal or aform. I am not only there. Sometimes they put me into a weird bag and want me to be weird, inaccessible. I think I am accessible.” 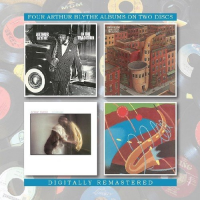 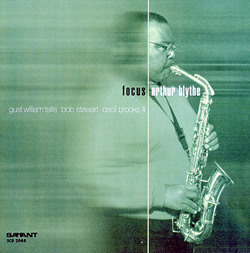 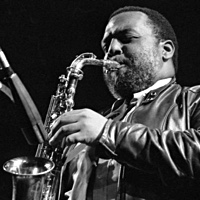 All About Jazz musician pages are maintained by musicians, publicists and trusted members like you. Interested? Tell us why you would like to improve the Arthur Blythe musician page.