Feldman is established now as one of jazz's finest string players, but "What Exit" frequently leaves 'jazz' behind, as his pieces--there are eight originals here - establish climates more frequently associated with contemporary composition. At the same time, interaction is paramount in this music and solo skills as crucial as ensemble awareness. Five years ago in an interview with the Boston Globe's Bob Blumenthal, Feldman spoke of his goal as "integration, without it being a frivolous 'crossover' thing--the real organic integration of classical and modern jazz." "What Exit" takes large steps toward the realisation of this ambition, which is itself the logical outcome of Feldman's idiosyncratic journey through the genres over the last thirty years.

He is joined on "What Exit", recorded at New York's Avatar Studio last year, by a special group of players assembled for the project--England's John Taylor on piano, the Swedish bassist Anders Jormin and drummer Tom Rainey, California-born but, like Feldman himself, long established as a central figure in New York's improvising circles. (Rainey makes his ECM debut on "What Exit".) Feldman's pieces maximise the improvising potential of each of the players, and it is immediately apparent that Rainey and Jormin are a provocative and mutually-inspiring rhythm team, providing enormous propulsion for the opening "Arcade", a 23-minute piece of ever-changing mood. Feldman's solos alone reference inspirations from raga to Bach's Chaconne to free play.

"Father Demo Square", a piece Feldman has previously recorded with both pianist Neal Kirkwood and drummer Billy Hart is a soulful ballad, "Ink Pin" a racing boppish tag game, while the jaunty title track is - we're told--a tribute to New Jersey... The demands of the material continually bring the soloists to new places. It is a broad terrain that Feldman traverses. The constant in his musical career has been change itself.

Feldman was already zigzagging between idioms in his late teens. He played in the Civic Orchestra of Chicago; the training orchestra affiliated with the Chicago Symphony, whose members included a number of significant jazz players, amongst them bassists Fred Hopkins and Steve Rodby, and earned pocket money playing Western swing and rockabilly on the weekends. He also took lessons in improvisation from local saxophone legend Joe Daley, a musician whose experience extended from bebop to the birth of the free (Daley's trio, with Hal Russell, had been one of the first American groups to improvise outside the changes).

At 25, in another unlikely career move, Mark Feldman headed for Nashville and spent a decade as a much in-demand sessioneer, picking up crucial roots music experiences touring with iconic Appalachian singer/songwriter Loretta Lynn and playing on some 200 albums by artists including Willie Nelson, Ray Price, George Jones, Johnny Cash and many more. Simultaneously, he kept his jazz options open, developing contacts with, amongst others, John Abercrombie.

In the mid 1980s Feldman relocated to New York, where he balanced commercial sessions (with artists from reggae rhythm unit Sly & Robbie to singers Diana Ross and Sheryl Crow) with much work on the burgeoning 'downtown' scene--particularly with John Zorn, but also with Tim Berne, Hank Roberts and others. He has played regularly with John Abercrombie since 1998 (a new ECM Abercrombie Quartet disc with Feldman, Marc Johnson and Joey Baron is in preparation), works often in diverse contexts with pianist/composer Sylvie Courvoisier and is a member of the Masada String Trio. He has also worked with Kenny Wheeler, Paul Bley, Lee Konitz, Joe Lovano, Louis Sclavis, Muhal Richard Abrams, Dave Douglas, Mark Dresser and Michael Brecker, and dozens of other improvisers, and appears on more than 150 jazz albums.

In recent years he has also been active in performances of contemporary composition. In 2002 he premiered the Violin Concerto of Guus Janssen as soloist with the Netherlands Radio Philharmonic Orchestra, and performed a work composed for him by Bill Dobins the Concerto for Violin and Jazz Orchestra with the WDR Big Band. Earlier this year, he premiered the Second Violin Concerto of Jay Weigel with Members of the Louisiana Philharmonic Orchestra at the New Orleans Cultural Arts Center.

John Taylor's elegant and resourceful piano playing has had a role to play in many ECM contexts including discs with Jan Garbarek, John Surman, Kenny Wheeler, Miroslav Vitous, Peter Erskine as well as Azimuth, the trio he co-founded with Wheeler and Norma Winstone. As The Independent recently observed, "The British pianist combines a ruminative, restlessly probing manner with lightning changes of mood and tempo, where a sense of swing is never far away." In 2002, "Rosslyn" featured Taylor's 'New York trio' with Marc Johnson and Joey Baron.

Anders Jormin has been a powerful presence on ECM since the early 1990s, anchoring the Bobo Stenson Trio--from "Reflections" to "Goodbye"--as well as the bands of Tomasz Stanko ("Matka Joanna", "Leosia", and "From The Green Hill") and Charles Lloyd ("Notes from Big Sur", "The Call", "All My Relations", and "Canto"), and appearing on Don Cherry's final album "Dona Nostra". Jormin has also recorded as a leader for the label: "Xieyi" juxtaposes solo bass and brass ensemble music, while "In Winds, In Light" sets poetry for the voice of Lena Willemark and includes pianist Marilyn Crispell. Other musicians with whom Jormin has played include Elvin Jones, Joe Henderson, Jack DeJohnette, Joe Lovano, and Kenny Wheeler. The range of his knowledge and ability prompted Down Beat to hail him as "a treasure--everything a bassist should be." Jormin also has the distinction of being the first improviser ever elected to the Swedish Royal Academy of Music.

Drummer Tom Rainey grew up in Santa Barbara. Since moving to New York City in 1979 he has played with a wide range of jazz artists, including, early on, Mike Nock's group with Tom Harrell, and over the years in bands with Kenny Werner, Fred Hersch. Jane Ira Bloom, Joe Lovano, Mark Helias, Tony Malaby, Angelica Sanchez and more. And he has been associated with Tim Berne in diverse units--Hard Cell, Paraphrase, Big Satan etc--for many years. Show less

Two on Two: Courvoisier & Feldman Are Both Jazz and Life Partners 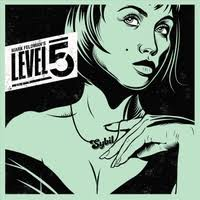 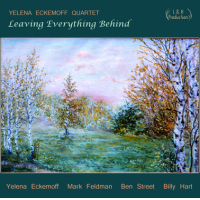 From: Pedernal
By Mark Feldman

All About Jazz musician pages are maintained by musicians, publicists and trusted members like you. Interested? Tell us why you would like to improve the Mark Feldman musician page.