Born in 1934 in Houston, Texas, Horace came from a musical family centered around his mother, Mary Malone Tapscott, who worked professionally as a singer and pianist. When Horace was nine, the family moved to Los Angeles. As a teenager in the late 1940's, Horace was surrounded by the music of Central Avenue: Art Tatum, Charlie Parker, Coleman Hawkins, Dexter Gordon, were among the many cats on the set. Around this time, Horace also began to take music lessons from teachers Dr. Samuel R. Browne and Lloyd Reese, whose other students included Eric Dolphy and Frank Morgan. Horace's musical studies included trombone in addition to piano.

In 1952, Horace graduated from Jefferson High, got married to Cecilia Payne and went into the Air Force. Horace played in an Air Force Band while he was stationed in Wyoming for his term of duty. After mustering out, he returned to Los Angeles where he worked around on various gigs until he joined the Lionel Hampton Big Band as a trombonist.

In 1959, Horace finally went with the Hampton Big Band to New York, where his friend Eric Dolphy introduced him to John Coltrane. A tough winter, a lack of gigs, and too many nights on the floor of a friend's art gallery finally sent Horace packing for sunny Southern California, where a life with wife and family awaited his return.

Horace was always outspoken about racism, politics, stereotypes, and social ethics. His forward- minded vocal presence on and off the microphone is as much a part of his art as his piano playing. As a result, he was labeled a "dissident," categorized as an "employment risk," and black-listed from the music industry establishment in the early 1970's. None of this slowed Horace down. He began gigging sporadically at Parks and Recreation events and for churches around Watts. This "dark period," with his only regular gig at his friend Doug Weston's Troubadour on Los Angeles' "Restaurant Row", was also a time of intense creativity.

Around 1977, Horace reorganized the Pan-Afrikan Peoples Arkestra with the help of several old friends and many new faces. The Arkestra performances involve singing, dancing, and poetry in addition to the music. Soon after the new group's debut, Horace came to the attention of producer Tom Albach who contracted Horace to record a number of albums for Nimbus Records (see discography). Albach also helped introduce Horace to an international audience by arranging several European tours.

In 1979, another producer, Tosh Tanaki, took Horace to New York to record with legendary drummer Roy Haynes and bassist Dr. Art Davis (see discography). This was the beginning of a musical friendship that continued; Horace often played with Art's group at gigs around Los Angeles.

The 80's saw Horace emerge as one of jazz's premiere solo pianists. He recorded several solo piano albums for Nimbus (see discography). This phase culminated in the late 80's, with Horace sharing the bill at the Wilshire Ebell theatre with other jazz legends Andrew Hill and Randy Weston for a historic solo piano concert.

Horace kept extremely busy thru the 90's, composing new music, recording albums, and leading his group on tours of Europe and the United States--not to mention his perpetual involvement in the local community and his role as the patriarch of a large family. In 1994, Horace finally took the whole Arkestra to Europe. This tour was a huge success highlighted by the return of Arthur Blythe to the group as primary soloist. Show less

One More You Wrote Through Us: Horace Tapscott 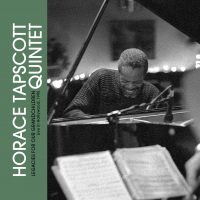 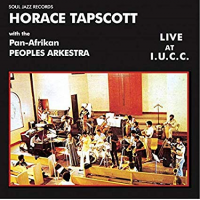 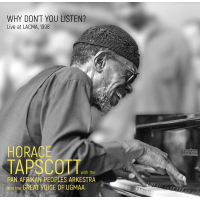 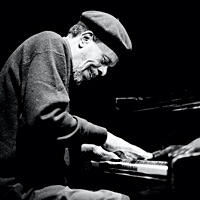 All About Jazz musician pages are maintained by musicians, publicists and trusted members like you. Interested? Tell us why you would like to improve the Horace Tapscott musician page.