Originally consisting of saxophonists David Murray, Julius Hemphill, Oliver Lake and Hamiet Bluiett, the World Saxophone Quartet is one of the finest and most unusual small combos in jazz today. The Quartet began performing as a unit in 1976, inspired by Ed Jordan, head of Music at New Orleans Southern University. Jordan had heard the saxophonists in their individual groups, and hired them to do a show together. “We liked it, and started doing gigs at other colleges,” remembers David Murray. Although three of the original members, Hemphill, Lake and Bluiett, knew each other from St.Louis, it was not until this event that they decided to create a group consisting only of four saxophones. Since then, the group has recorded many albums together, including the critically-acclaimed “Plays Duke Ellington” (Nonesuch), which was voted one of the best albums of 1986 in New York Times. Describing the group as “probably the most protean and exciting new jazz band of the 1980s”, Jon Pareles of the Times called the WSQ “the most original and important group to emerge since Miles Davis, Ornette Coleman and John Coltrane redefined group improvisation in the late 1950s.”

The WSQ places consistently in the top five groups listed in Down Beat's Annual Critic's Poll. In 1987 they were voted “Best Jazz Group” in the Playboy Reader's Poll. Television appearances include two segments on VH-1's “New Visions” program and an appearance on “NBC's Night Music.” The WSQ has an extremely diverse following, and has toured extensively throughout the U.S., Europe and Japan, where they enjoyed a major success as part of the “Live Under The Sky” Festival. Their reputation hinges most importantly on a repertoire that is theirs exclusively. Their albums “Dances and Ballads” and “Rhythm and Blues” significantly increased the popularity of this unique ensemble. Their signature tune, “Hattie Wall,” is also a video, directed by Robert Longo. In 1990 Hemphill left the group and was replaced first by Arthur Blythe, then James Spaulding and later Eric Person.

Hamiet Bluiett (baritone sax, alto clarinet) is the most excellent baritone saxophonist to emerge in the '70s and beyond, and has superb command of his instrument in every register. He openly acknowledges the dramatic impact of hearing Ellington baritone saxophonist Harry Carney at a gig in Boston years ago. In addition to his association with the St. Louis Black Artists Group, his credits include work with the Gateway Symphony, Charles Mingus, Sam Rivers, Babatunde Olatunji, Stevie Wonder and Marvin Gaye.

Oliver Lake (alto and soprano saxes, flute, synthesizer) grew up in St. Louis and received professional encouragement from trumpeter Lester Bowie. A founding member of the St. Louis Black Artists Group, he moved to New York in 1976 after teaching at the American Centre for Artists and Students in Paris and studying at the Electronic Workshop. He leads his own funk-reggae group Jump Up, as well as a jazz quartet. Lake has been a consistently outstanding soloist, composer and bandleader since the early '70s, and is also a published poet.

David Murray (tenor sax, bass clarinet) began leading his own rhythm and blues groups at the age of 12, and there is no question that his style is rooted in, but not confined to, a soulful blend of R&B, John Coltrane, Ben Webster and Sonny Rollins. He may be the most recorded jazz musician in modern music history, and his output includes solo recordings and sessions with trios, quartets, quintets, an octet and a big band. He is widely acknowledged to be among the greatest of living jazz musicians.

John Purcell is a multi-instrumentalist, playing all saxophones including saxello, all flutes, all clarinets, oboe and English horn. He has played in a remarkably wide variety of musical contexts, and has worked with Stevie Wonder, Tito Puente, Dizzy Gillespie, Benny Carter, David Sanborn, McCoy Tyner, Jack DeJohnette and Muhal Richard Abrams. He also works as a sound consultant and acoustician, most recently for David Sanborn, Tommy LiPuma and Johnny Mandel, for Sanborn's album “Pearls.” Show less 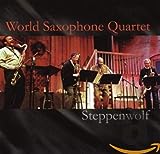 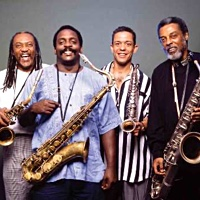 All About Jazz musician pages are maintained by musicians, publicists and trusted members like you. Interested? Tell us why you would like to improve the World Saxophone Quartet musician page.