World Saxophone Quartet - band/ensemble Originally consisting of saxophonists David Murray, Julius Hemphill, Oliver Lake and Hamiet Bluiett, the World Saxophone Quartet is one of the finest and most unusual small combos in jazz today. The Quartet began performing as a unit in 1976, inspired by Ed Jordan, head of Music at New Orleans Southern University. Jordan had heard the saxophonists in their individual groups, and hired them to do a show together. "We liked it, and started doing gigs at other colleges," remembers David Murray. Although three of the original members, Hemphill, Lake and Bluiett, knew each other from St.Louis, it was not until this event that they decided to create a group consisting only of four saxophones 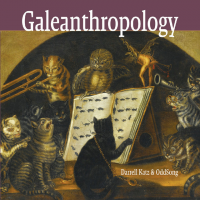 Perhaps no jazz musician recorded a more varied output in more diverse settings in the 1980s than tenor saxophonist and bass clarinetist David Murray. Three of the best bands to emerge in the decade were his Octet, his Quartet and the collaborative World Saxophone Quartet. He may have been the most recorded jazz artist of the ...

Alto saxophonist Tim Berne has never met anything or anyone he doesn't instantly want to re-invent, invert, dismantle and polish into his own image. And no, it's not any kind of savior thing, messianic impulse or Dr. Stranglove fixation. He simply hears and sees things more offbeat, peculiar, and colorful, thank you very much.