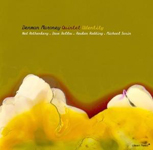 Denman Maroney, the sole practitioner of "hyperpiano," has a singular technique that is a natural extension of the pioneering efforts of such visionary composers as John Cage, Henry Cowell and George Crumb. Expanding on the well-established practice of augmenting the interior strings of the piano with found objects, Maroney bows, plucks and scrapes the strings with brass bowls, copper bars, plastic cases, rubber blocks and other objects with one hand, while playing the keys with his free hand. Transforming the concept of prepared piano into an interactive activity, he yields an infinite range of harmonic overtones, exotic tone clusters and indefinite pitches.

Mirroring his advanced approach towards improvisation, Maroney uses an array of complex structural devices to build his intricate compositions, such as multiple syncopated rhythms, hocketing melodies and preset undertone series. In spite of the preponderance of such esoteric devices, Maroney's writing exudes a subtle accessibility, employing catchy melodic fragments that occasionally hark back to the early jazz age.

Consisting of seven distinct movements, each section of Udentity highlights a different aspect of Maroney's multifaceted capabilities. The punchy opener entwines a cantilevered series of staccato refrains over a percolating funk vamp while the following piece unfolds with an effervescent melody bolstered by timeless unison harmonies.

Invoking past traditions, Ballou unleashes pungent smears from his plunger-muted trumpet across the pensive "Udentity V," as Rothenberg's clarion clarinet cadences careen through the abstruse avenues of "Udentity III." All the while, Radding and Sarin navigate Maroney's contrapuntal meters and interlocking rhythms with deliberate pacing and spontaneous invention.

Despite the quintet's sterling contributions, it's Maroney's efforts that are the most striking, with excursions that often border on the surreal—such as the pirouetting vortex of scintillating metallic glissandos and oscillating harmonics that conclude "Udentity II." His oblique phrasing on "Udentity V" is complemented by the rhythm section's languorous groove, like bluesy Dixieland refracted through a cubist lens. The dynamic vacillations of "Udentity III" encompass a wealth of moods, alternating between austere pointillism and kaleidoscopic chromaticism.

Another exceptional release in a growing discography, Udentity is a stirring example of the adventurous yet accessible possibilities of jazz in the new millennium.