Ned Rothenberg composes and performs on saxophones, clarinets, flute and shakuhachi (an end blown Japanese bamboo flute). He has been internationally acclaimed for his solo music which he has presented for the past 25 years in hundreds of concerts throughout North and South America, Europe and Japan. He has lead the ensembles Double Band, Power Lines and Sync (his most recent assemblage with Jerome Harris, acoustic guitar & acoustic bass guitar and Samir Chaterjee, tabla) and was a founding member of the cooperative group New Winds (now with Robert Dick, flutes and Herb Robertson, Trumpet). He has worked in other projects with Paul Dresher, Yuji Takahashi, Sainkho Namchylak, Masahiko Sato, Elliott Sharp, Samm Bennett, John Zorn, Katsuya Yokoyama, Evan Parker and Marc Ribot. He's lived and worked in New York City since 1978.

Rothenberg's musical interests are numerous and his work varies widely in its sonic, emotive and stylistic profiles. A strong underlying element of his instrumental voice is the extension of the woodwind language to incorporate polyphony and accurate microtonal organization through the manipulation of multiphonics, circular breathing, and overtone control, not only using his horns in their standard melodic role but also as rhythmic and harmonic engines in both solo and ensemble contexts. As a composer he can move from "Jazz-funk in cubist perspective, dizzying, yet visceral" (J. Pareles, NY Times re Double Band) to a solo music that is "intense, slightly melancholic, rhapsodic without being sentimental (E. Rothstein, NY times), while avoiding the use of mere effect- "crafting distinct, evocative compositions that boast shape as well as texture" N. Tesser, (Chicago Reader).

Rothenberg's frequent international travels have included a 6-month residency in Japan during which he performed his music and studied shakuhachi with two of the foremost masters of the instrument, Goro Yamaguchi and Katsuya Yokoyama. In the summer of '89 he toured the (then) Soviet Union with Tom Cora (cello), Peter Hollinger (drums) and Elliott Sharp (guitars). In October '92 he returned to Russia and the Baltics in duo with the Tuvan vocalist Sainkho Namchylak. In January 2002 he travelled to South Korea for the first time to work with saxophonist Kang Tae Hwan and percussionist Park Ji-Chun. These are just a few examples: international touring continues each year playing festivals, theatres and clubs as a leader or collaborator.

Rothenberg has recently formed ANIMUL RECORDS, its initial release was INTERVALS, A 2 cd set of solo music for alto saxophone, bass clarinet, clarinet and shakuhachi. This was followed by the debut cd of R.U.B. with Percussionist/DJ/ Samm Bennett and guitarist Kazuhisa Uchihashi. Its entitled, strangely enough, Are You Be. Next came Sync's 2nd cd, Harbinger. ANIMUL's most recent release is The Fell Clutch, a jam band for big-eared listeners with Tony Buck, drums, Stomu Takeishi, fretless bass, Rothenberg and sometime special guest, Dave Tronzo, on electric slide guitar. 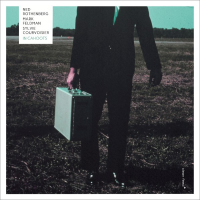 While You Were Out 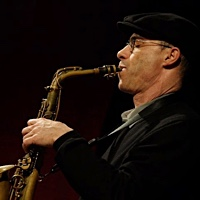 All About Jazz musician pages are maintained by musicians, publicists and trusted members like you. Interested? Tell us why you would like to improve the Ned Rothenberg musician page.