Shabaka Hutchings, a saxophonist, band leader and composer, part of London’s community of younger jazz musicians as well as the city’s thriving improvised music scene. For Hutchings, composition is a chronicle of the zeitgeist inhabited by a composer; an exposition of his or her search for meaning and the structuring of experiences in aid of recognising this meaning when it appears.

As part of the Caribbean diaspora, he sees his role as that of pushing the boundaries of what musical elements are considered to be Caribbean. Constantly evaluating the nature of his relationship with musical material and tradition, he describes his attempts at composition as wrestling matches with questions of where and how the Caribbean can be encoded, and what happens when it is exposed to the western classical music cannon.

Hutchings was born in 1984 in London. He moved to Barbados at the age of six, began studying classical clarinet aged nine and remained until sixteen. Shabaka's primary project is the group Sons of Kemet, which won the 2013 MOBO Award for Jazz Act of the Year. In June 2014 Shabaka was invited to join the Sun Ra Arkestra, performing with them and recording a session for BBC Radio 3. He has performed and recorded with Courtney Pine's Jazz Warriors, Mulatu Astatke and the Heliocentrics, Polar Bear and Soweto Kinch. Some of the many notable musicians he has shared the stage with include Jack DeJohnette, Charlie Haden and the Liberation Music Orchestra, Louis Moholo, Evan Parker, King Sunny Ade and Orlando Julius to name a few.

In 2010 Shabaka was granted the title of BBC Radio 3 New Generation Artist which allowed him to undertake numerous commissions, as well as broadcast performances on radio. These included performances with Julian Joseph, the BBC Big Band, and the BBC National Orchestra of Wales (with whom he performed the Copland Clarinet Concerto in the Wales Millennium Centre). In 2012 he was commissioned to write a piece for the BBC Concert Orchestra which included members his own group (Sons of Kemet) and electronic musicians Leafcutter John and Jason Singh. This concert was received to critical praise at the South Bank's Queen Elizabeth Hall. In July 2013 Shabaka was commissioned by Leasowes Bank Music Festival to write a piece for clarinet and string quartet. He performed this piece with the Ligeti String Quartet to rave reviews (the Birmingham Post giving the concert 5 stars). Shabaka was nominated for Jazz Musician of the Year 2013 in the Parliamentary Jazz Awards.

Shabaka was a recipient of the Paul Hamlyn Composer Award 2014 and the winner of the Jazz FM Instrumentalist of the Year 2015. Earlier in 2015, Shabaka also received a commission from the London Sinfonietta to write a 'note to the new government' and was Associate Artist for the Spittalfields Summer Festival. The second Sons of Kemet album, 'Lest we forget what we came here to do' was released in September 2015 on NAIM and the trio project, The Comet is Coming, featuring Shabaka, Dan Leavers, and Max Hallett, released it's first EP on Leaf Label in october 2015. Show less 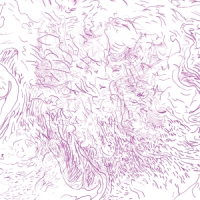 All About Jazz musician pages are maintained by musicians, publicists and trusted members like you. Interested? Tell us why you would like to improve the Shabaka Hutchings musician page.