Performances : He performed in the Caroussel du Louvre at the Paris “Nuits du Boogie” festival, in Lyon at the Transborder, at the Copenhagen, Femö, Arhus jazz festivals, at the Opera of Dresden in Germany as well as in Poland, Sweden and England He also played on the cruise ships Queen Elizabeth II and the Norway (former “France”).

His tunes are played on the French jazz radio TSF 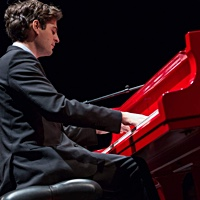 All About Jazz musician pages are maintained by musicians, publicists and trusted members like you. Interested? Tell us why you would like to improve the Jean-Baptiste Franc musician page.