If we were to take all the major trumpet players in jazz, line them up in chronological order, ask them who they listened to and were influenced by, then send them down the long dark chute of jazz history, they would run right smack dab into King Oliver.

Joseph Oliver was rumored to have been born on a plantation in Abend, Louisiana in 1885. His first instrument was the trombone, which by 1904 he was playing in the Onward Brass Band. He would continue with several bands, and started also playing the cornet. Being that New Orleans was a trumpet playing town, he had to work hard and long on his chops, and spent a lot of time learning to read music, which he became very good at, even in spite of having lost one eye. By 1910 he was leading his own band at Pete Lala’s the club where he started to garner a reputation, and where the name “King” was picked up, this due to his constant playing and able to obtain a sweet tone on his horn. He would go on to improve on his use of mutes and other means of getting unusual sounds out of his horn. There were also stories about trumpet battles in which he came out on top, having bested his local rivals.

By the year 1916, he teamed up with Edward “Kid” Ory on trombone, and started the Kid Ory and King Oliver Band, this was the best band in the city at the time, and they kept at it for another three years. In 1919 he wanted to leave New Orleans, and headed to Chicago where he was in two different bands one with clarinetist Lawrence Duhe, and another with bass player Bill Johnson. He stuck around Chicago until 1921 when he headed for California, with his new band the Creole Serenaders. They played in San Francisco for over a year, then he went to Los Angeles to play with Jelly Roll Morton, where they did some joint gigs around the city and caused quite a sensation. Returning to Chicago after his successful California tour, King Oliver was booked for an extended engagement at the Lincoln Gardens. The brothers Johnny and Baby Dodds, were part of the band at this time, and he sent to New Orleans for his protégé Louis Armstrong, whom had taken his place in the Kid Ory Band when Oliver left. Louis Armstrong was to be a lifelong friend to King Oliver, and kindly would refer to him as “Papa Joe”.

King Oliver and the Creole Serenaders also called the Creole Jazz Band, went on a two year tear of Chicago (1922-1924) while based out of the Lincoln Gardens, which was a lavish venue with a ballroom that could hold over one thousand dancers, it was the hottest club in town. Oliver was top cat in town, and he worked himself and his band very hard to stay there. The band was very tight, their sense of dynamics was well executed, and they had an extensive repertoire to draw from. The bands line up at this time was King Oliver and Louis Armstrong cornets, Johnny Dodds, clarinet, Honore Dutrey, trombone, Lil Hardin, piano, Bill Johnson bass and banjo, and Baby Dodds on drums. This band made over thirty recordings for the Gennett label in Richmond Indiana in 1923. These are historical jazz at its finest, and demonstrate the early stages of improvisation. There are also other recording done in Chicago that same year with some augmentation done in the line up, these were for the Okeh, Columbia, and Paramount labels.

King Oliver composed a lot of songs during this period, and many are jazz classics. “Snake Rag”, “Sugarfoot Stomp”, “West End Blues”, and “Dr Jazz”, the latter were covered by Jelly Roll Morton, and always in his songbook. He wrote a lot of blues, two of the better known are “Camp Meeting Blues”, and “Workingman’s Blues”. The blues he is most associated with is “Dippermouth Blues”, which is known for his soloing. He was a tough businessman as well and made sure his songs were copyrighted and he received his royalties.

By 1924 the Creole Jazz Band broke up due to the other members feeling that Oliver was not paying them properly for gigs and royalties on the recordings which everyone knew were hits. Only Louis Armstrong and Lil Hardin stayed on for awhile then they too departed.

By 1925 King Oliver had a new band, new name, and new gig. They were the Dixie Syncopators, and settled in for a two year engagement at the Plantation Café. He moved the band to New York in 1927, and landed in the Savoy Ballroom, turning down an offer from the new Cotton Club, which would be a mistake. This band he took into the studio in Chicago and between 1926 and 1928 he recorded sides for the Vocalion label. He toured the East coast briefly but they disbanded shortly after. His career would go into a period of sporadic gigs and recordings, with pick up bands and sidemen. By 1930 the Depression hit him pretty hard, he lost all his holdings in a bank collapse back in Chicago, and his health was starting to go bad. He had trouble with his teeth, which in turn made playing the trumpet difficult if not impossible for him. He did manage to record some more in New York during these years, using other trumpet players to play his parts. He kept a band somewhat together through 1935, playing the small clubs circuit, by 1937 he had lost all his teeth and his band, and was down and out. He wound up in Savannah, Georgia living in a rooming house, working odd jobs in a fruit stand and as janitor. He died sometime during the night of Apr. 10, 1938, of a cerebral hemorrhage.

There is no denying the fact that King Oliver left his mark on jazz. He took jazz from New Orleans to Chicago, California, and New York, and was instrumental in the spreading of this music to a broader audience. His glory days in Chicago with the Creole Jazz Band as performers and recording artists are monumental in their historical context. His influence lived on through Louis Armstrong who took this music around the world, and with him went a little piece of New Orleans and “Papa Joe” Oliver.

Joe Oliver is one of the most important figures in early Jazz. When we use the phrase Hot Jazz, we are really referring to his style of collective improvisation (rather than solos).

He was the mentor and teacher of Louis Armstrong. Louis idolized him and called him Papa Joe. Oliver even gave Armstrong the first cornet that Louis was to own. Oliver was blinded in one eye as a child, and often played while sitting in a chair, or leaning against the wall, with a derby hat tilted so that it hid his bad eye.

Joe was famous for his using mutes, derbies, bottles and cups to alter the sound of his cornet. He was able to get a wild array of sounds out of his horn with this arsenal of gizmos. Bubber Miley is said to have been inspired by his sound.

Oliver started playing in New Orleans around 1908. At various times he was a member of several of the marching bands like The Olympia, The Onward Brass Band, The Original Superior and the Eagle Band. He often worked in Kid Ory's band and in 1917 he was being billed as “King” by the bandleader.

In 1919 he moved to Chicago with Ory and played in Bill Johnson's The Original Creole Orchestra at the Dreamland Ballroom. He toured with the band, but when he returned to Chicago in 1922 he started King Oliver's Creole Jazz Band at Lincoln Gardens (459 East 31st Street). Oliver imported his protégé Louis Armstrong from New Orleans. The band also included Johnny Dodds , Honore Dutrey, Lil Hardin and Baby Dodds among others. The group's 1923 sessions were a milestone in Jazz, introducing the playing of Louis Armstrong to the world.

Unfortunately the Creole Jazz Band gradually fell apart in 1924. Oliver went on to record a pair of duets with pianist Jelly Roll Morton that same year, and then took over Dave Peyton's band in 1925, renaming it the Dixie Syncopators. Oliver moved the band to New York in 1927, where he made some lousy business decisions, like turning down the regular gig at the Cotton Club, that went on to catapult Duke Ellington to fame.

Oliver had a life long sweet tooth. He was famous for his love of sugar sandwiches, This of course led to dental problems that made playing his cornet very painful. On top of that he was suffering from a bad back. In 1929 Luis Russell took over the Dixie Syncopators and changed the name to Luis Russell and his Orchestra. Oliver continued to record until 1931, but he was quickly becoming a forgotten name. He continued to tour the South with various groups, until he ran out of money and settled in Georgia, where he worked as a janitor in a poolroom up until his death in 1938. 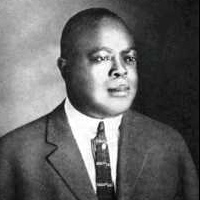 All About Jazz musician pages are maintained by musicians, publicists and trusted members like you. Interested? Tell us why you would like to improve the King Oliver musician page.