Artie Shaw, a brilliant jazz clarinetist, was one of the most enigmatic, daring and adventurous bandleaders of the swing-era. An intellectual, he hated public life and the music industry. Over the course of his short career he formed ten orchestras and disbanding most of them after only a few months. At the peak of his career in the years just before World War II, Shaw was matched by few other musicians in popularity and technical skill.

Born Arthur Arshawsky in New York City and raised in Connecticut, Shaw took up the saxophone at an early age and began playing professionally when he was only 14. He left home at 15 for a job in Kentucky. The position never materialized and he was forced to play with traveling orchestras in order to get home. At age 16 he switched to the clarinet and went to Cleveland, where he spent three years playing in local groups, including that of Austin Wylie.

In 1929 Shaw joined Irving Aaronson's Commanders. While traveling the country with the band he discovered the works of contemporary avant-garde classical composers whose influence would later surface in his own music. When the Commanders arrived for a gig in New York, Shaw decided to remain. There he freelanced with many of the top artists of the day, including Vincent Lopez, Red Nichols, and Teddy Wilson. He also briefly spent time with Fred Rich's orchestra and toured with Roger Wolfe Kahn.

In 1934 Shaw became disillusioned with the music industry and quit for the first of what would be many times. He bought a farm in Pennsylvania and tried his hand at being a writer. He soon returned to New York and took up studio work again. He was one of the most successful studio musicians in the city when in 1935 he was asked to lead a small group during intermissions at a swing concert held by the Imperial Theater. He put together an unusual outfit consisting of a string quartet, a rhythm section minus piano, and his clarinet.

Shaw's unique combination was wildly received by the audience. He was offered financial backing to form his own orchestra, and in 1936 he debut his first dance band, which featured a Dixieland approach and a string quartet. The new group made some impressive recordings but couldn't compete with the brassier swing orchestras of the day, so Shaw disbanded it the following year and formed a more conventional big band.

His new outfit was a huge success, featuring such musicians as Georgie Auld, Buddy Rich, Tony Pastor, and Jerry Gray. Vocalists included Billie Holiday, Kitty Kallen, Peg LaCentra, and Helen Forrest. Shaw could scarcely have known that within a short time he would make a hit record of a song called “Begin the Beguine.” The breakthrough hit record catapulted him into the ranks of top band leaders and he was immediately dubbed the new "King of Swing." Shaw's recording of the song continues to sell and has become one of the best-selling records in history.

In September of 1938 Shaw collapsed on stage due to exhaustion. He was also absent from the band in the summer of 1939 due to illness. Upon his return to good health he announced he was quitting the business again but was talked out of it by Gray and Pastor. He didn't stay long however. He left in November and moved to Mexico.

Shaw returned to the U.S. two months later and formed a 32-piece studio orchestra which recorded several songs, including his famous version of ''Frenesi.'' Later in the year, he formed a new band of his own that included the now famous Gramercy Five, with which he recorded several more smash hits, among them his by now classic version of “Star Dust,” plus a number of other fine recordings such as “Moonglow,” “Dancing in the Dark,” “Concerto for Clarinet,” and many others. Ray Conniff arranged for the new group and Anita Boyer sang. Shaw again grew restless and disbanded his new outfit in early 1941. He formed another group in the fall of that year. Vocalists included Bonnie Lake, Paula Kelly and Fredda Gibson (later to become Georgia Gibbs). He also disbanded this group soon after starting it, in January of 1942.

In April Shaw joined the Navy. After going through boot camp and serving two months on a minesweeper he was put in charge of a service band. He shaped up the group and took it on a tour of Pacific combat zones, often playing in dangerous and primitive conditions. The strain of such an endeavor soon got to him, however, and he was medically discharged in November 1943.

By fall of 1944 Shaw's health had recovered and he formed a new civilian band, which included Conniff, Barney Kessel, Roy Eldridge, and Dodo Marmarosa. Imogene Lynn provided vocals. By 1947 he had quit that group and taken up the study of classical clarinet, for which he performed and recorded an album. In 1949 Shaw formed a bop orchestra. He again quit the music industry in 1951 and retired to a farm, where he wrote his autobiography.

In 1954 he returned briefly to music with a new Gramercy Five, but by the end of the year Artie Shaw had packed up his clarinet for the last time. He spent the rest of his life doing various concerns: writing and working briefly as a film distributor and a gun expert. He moved to Spain in 1955, to Connecticut in 1960, and to Southern California in 1973. In the 1980s he formed a new orchestra for special performances, though he did not play in it himself. The 1985 film documentary “Time Is All You've Got” traced his career in some detail. Shaw suffered from ill health the last few years of his life. He passed away on December 30, 2004.

Artie Shaw: Love of My Life 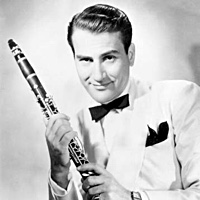 All About Jazz musician pages are maintained by musicians, publicists and trusted members like you. Interested? Tell us why you would like to improve the Artie Shaw musician page.