To his list of achievements and awards, Anthony Braxton may now add the 1994 MacArthur Fellowship: the so-called "genius" grant of (in his case) $300,000, awarded to individuals nominated for outstanding and original contributions to their field. The timing of this crowning achievement couldn't be better for Braxton's most recent professional goals: he is the founding Artistic Director of the newly incorporated Tri-Centric Foundation, Inc., a New York-based not-for-profit corporation including an ensemble of some 38 musicians, four to eight vocalists, and computer-graphic video artists assembled to perform his compositions. The ensemble's debut at New York's The Kitchen sold out the last and most of the first two of three nights, through the press excitement it generated; the reviews—in Down Beat and the Chicago Tribune (John Corbett), the Village Voice (Kevin Whitehead), and the New York Times (Jon Pareles)—ranged from positive to ecstatic. Most importantly, the musical success of the event inspired Braxton to pursue the "three-day and -night" program concept for this ensemble, including lectures/informances, and splinter chamber performances, around the world. The second New York event, indeed, expanded on the concept: The Knitting Factory presented six nights of Anthony Braxton and his music, in all the variety of its vision 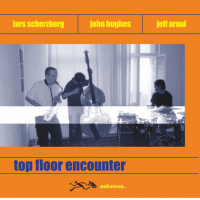 The first phase of jazz was characterized by melodic improvisation. In its second phase improvisers dealt with harmony and, in the current phase, density is the improviser's concern. So says Anthony Braxton—if I understand him correctly (if anyone does). If so, then Top Floor Encounter may be as characteristic of our time as Armstrong's “Weatherbird" was ... 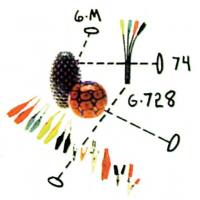 Why is it that we remember the past but not the future? That is a question which theoretical physicists are continually fascinated by. Think about it for a moment, we rely on our flawed individual observations to make judgements about the world. A few hundred years ago, Earth was definitely flat and, by further inspection, the ...