"Never the world's most highly animated showman or greatest stage personality, but a tone so beautiful it sometimes brought tears to the eyes, this was Johnny Hodges. Because of this great loss, our band will never sound the same. Johnny Hodges sometimes sounded beautiful, sometimes romantic, and sometimes people spoke of his tone as being sensuous. With the exception of a year or so, almost his entire career was with us. So far as our wonderful listening audience was concerned, there was a great feeling of expectancy when they looked up and saw Johnny Hodges sitting in the middle of the saxophone section, in the front row. I am glad and thankful that I had the privilege of presenting Johnny Hodges for forty years, night after night 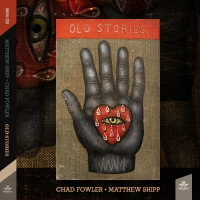 Call it kismet, karma, astral influence or just plain luck, but when two musicians instantaneously click upon meeting, magic happens. Indeed, that was the case with the coming together of saxophonist Chad Fowler and pianist Matthew Shipp. The New York-based Shipp is ,of course, well known to adventurous listeners from his solo and trio recordings, plus ...

Jan 'Ptaszyn' Wróblewski Blue Note Jazz Club Poznań, Poland August 31, 2021 Although not acknowledged on the main Blue Note website, along with the clubs in New York City, Tokyo, Hawaii, Milan and Rio De Janeiro, there has been a low-key acknowledgement of this Polish outpost's ...

Saxophonist Immanuel Wilkins, in the midst of celebrating the success of his debut album Omega (Blue Note, 2020), appeared at the 2021 Newport Jazz Festival as the leader of his own band. With his band of four years, Micah Thomas on piano, bassist Daryl Johns and drummer Kweku Sumbry, Wilkins performed pieces from Omega as well ...