Born on Aug. 21, 1928, in Iowa, Farmer was raised in Phoenix, Arizona along with his twin brother Addison. They moved to Los Angeles in 1945 and during the late '40s, Farmer worked with the West Coast based bands of Jay McShann, Johnny Otis, Roy Porter and Benny Carter. He also worked with Wardell Gray and in 1952-'53 he went to Europe on the same Lionel Hampton tour as Clifford Brown, Gigi Gryce and Quincy Jones. Upon his return he decided to settle in New York City and shortly thereafter, he worked with Gryce (1954-'56), Horace Silver (1956-'58) and Gerry Mulligan (1958-'59).

Then, in 1959, he became a co-leader of the Jazztet with Benny Golson, a group that remained together from 1959-'62 and was revived in the early '80s. The Jazztet possibly enjoyed less success than it deserved. The unique combination of Farmer's improvisational talent and leadership combined with Benny Golson's gift for composition and arrangement produced a number of world-class recordings. Apart from Golson, the Jazztet included a young McCoy Tyner and trombonist Curtis Fuller.

Following the first Jazztet, Farmer worked in a quartet format with Jim Hall, which lasted until 1964. In musical terms Farmer's trademarks have always been; carefully built melodic statements, beautifully proportioned solos and a rich and mellow sound. Since the early 60-s Farmer has played the flugelhorn as his primary instrument which has only enhanced the mellowness of his tone. He travelled to Europe in the mid '60s for solo tours and worked with Jimmy Heath at home, before taking a job with the Austrian Radio Orchestra in 1968.

Since then he has toured around the world, often returning home for club dates and recordings. In the 80s he recorded 3 fine albums for Contemporary, Clifford Jordan plays sax on all three. In recent years he has taken up the flumpet, a hybrid blending qualities of the trumpet and flugelhorn.

Videos: Art Farmer in the '60s

The Art of Art Farmer 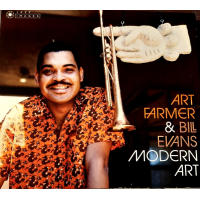 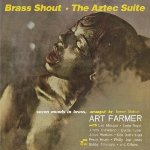 All About Jazz musician pages are maintained by musicians, publicists and trusted members like you. Interested? Tell us why you would like to improve the Art Farmer musician page.