The Art of Art Farmer 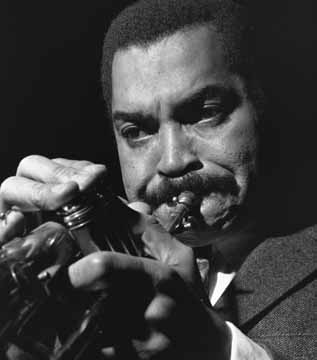 Reviewing the Art Farmer Jazz Icons DVD the other day stimulated thoughts of his unique place in the pantheon of major jazz soloists. I started to write them, then realized that I already had. Here is an excerpt from the Farmer chapter of my book Jazz Matters.

Even on some of Farmer's first recordings in the early 1950s it was clear that he was a first-rank soloist in the making. By 1956 Farmer's work showed a combination of incisiveness and lyricism that added elegance and style to the bands of leaders as disparate as George Russell, Gerry Mulligan and Horace Silver. Such versatility has long been a matter of inconvenience for writers who need categories like “hard bop" or “cool."

Shortly thereafter, Farmer became one of the few contemporaries of John Coltrane who absorbed, understood, and had the technical and artistic gifts to put to personal use the Coltrane innovations of the “Giant Steps" period of the early 1960s. He is virtually the only trumpeter who did so. Many players were swamped by the Coltrane influence. Farmer integrated it into his style and his lyrical range grew because of it.

At about the same time he took up the flugelhorn, that lovely and demanding instrument. When he added the new horn, and eventually set the trumpet aside, the lovely muted work he had done on trumpet was lost. But the change of instruments accented what critic Richard B. Hadlock called Farmer's “soft edge," the quality that allowed listeners to accept his masterfully played but audacious ideas, passages they would reject as too far out if performed by most other players. He had found the voice that would carry all the impact of his remarkable invention and plumb all the depths of his feeling. And, happily, in a recent collaboration with Jim Hall, Farmer's Harmon mute materialized again after more than fifteen years.

Farmer is a great melodist. He loves and observes the melodies of the songs he plays. They are often surpassed by the melodies he creates. I have rarely heard a Farmer solo sound like the product of reflect processes. In times of flagging inspiration, or in uncongenial circumstances, even the most inventive players fall back on a sort of universal phrase book. But in a recent jazz festival jam session (hardly his preferred context), the clarity and beauty of Farmer's solos remained in memory long after the dissipation of scene-stealing clichs generated by most of the other players. That is artistry.

The chapter from which that came expands on program notes I wrote for a Farmer concert in the Jazz at the Smithsonian series in the early 1980s. Trolling the internet the other day, to my surprise I came upon several pieces of video from that concert. Three of them follow. In the first, he uses a trombone mute that he had a technician alter for use with his flugelhorn. His band has young Fred Hersch on piano, Dennis Irwin on bass and Billy Hart on drums.

“Cherokee Sketches" is faster than fast, with ample evidence of Farmer's absorption of Coltrane harmonic principles into the flugelhornist's bebop foundation. Watch and listen to Hart during Farmer's solo for a living demonstration of what is meant by the term “listening drummer."

Finally, here's Art in brief conversation with the Voice of America's Willis Conover, then playing a classic Duke Pearson ballad. The video is cut before Hersch or Irwin solos, but I'm not sure what they or anyone could have effectively added following Farmer's chorus.