It’s no state secret that Sonny Rollins has never been fond of the recording studio. Never mind that he’s recorded his full share of gems there—not only early, celebrated albums such as Saxophone Colossus and Way Out West, but also digital-era efforts such as Old Flames and This Is What I Do. The man often embraced as the greatest living improviser requires too much creative freedom to start playing, as he puts it, “when the red light comes on.” And his perfectionism makes it difficult, sometimes painfully so, to go through multiple takes in search of what he thinks is the least flawed one.

We begin the 771st Episode of Neon Jazz with South Carolina-based trumpeter Charlton Singleton with a song off his album Crossroads. From there, we hear from a legend and the headliner at Charlton's first jazz concert in Dizzy Gillespie. We also hear from some local Kansas City talent in veteran drummer Arnold Young, guitarist Alex Frank ...

This show features jazz versions of movie and television music, both soundtrack themes and songs that originated in movies. Musicians heard on the show include Dominique Eade, Bill Evans, Sonny Rollins, Bing Crosby, Marty Krystall, and Eri Yamamoto. Playlist Henry Threadgill Sextett “I Can't Wait Till I Get Home" from The Complete Novus & ... 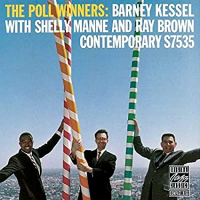 Almost a century ago, times were different and folks with the gumption to forge their own paths were more likely to make a mark on history. When you think of the documentation of jazz, names like John Hammond, Francis Wolff, and Ahmet Ertegun were integral to spreading the word of America's unique art form. Far less ... 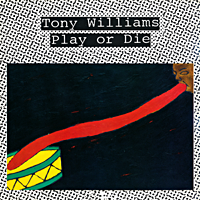 Are drummers the most colorful members of the jazz community? Certainly as the keepers of the beat, the bands in which they play rotate around them, whether they are at center stage or off to the side in performance or behind baffles right alongside them in the studio. And the assertive and authoritative likes of such ...

All About Jazz is celebrating Sonny Rollins' birthday today! It’s no state secret that Sonny Rollins has never been fond of the recording studio. Never mind that he’s recorded his full share of gems there—not only early, celebrated albums such as Saxophone Colossus and Way Out West, but also digital-era efforts such as Old Flames and ... 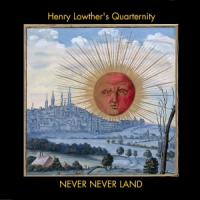