David Ostwald, AB’77, fell in love with the big brass tuba in sixth grade, when he lived in suburban Philadelphia. He was so enthralled with its sound that when his parents asked what he wanted for his bar mitzvah, he requested one. They said they’d honor his wish, provided he prove his dedication.

So Ostwald found a teacher—the tubaist with the Philadelphia Orchestra, who steeped him in the classics. After two years his parents, Lore Ostwald, AM’47, and Martin Ostwald, AM’48, gave him his belated gift—the same instrument he still plays 33 years later. “My tuba has been a magic carpet,” he says one evening at Manhattan’s Birdland Jazz Club, where David Ostwald’s Louis Armstrong Centennial Band has performed Tuesday nights since May 2000. “It’s taken me to places I might never have gone, and I’ve met literally hundreds of people I wouldn’t otherwise have met.”

Over the years he’s performed with Wynton Marsalis, Woody Allen, and Leon Redbone. He’s played on jazz cruises to the Caribbean, Alaska, and Mexico. He’s roamed the aisles of Yankee Stadium, showcasing jazz standards between innings. He’s a fixture at Manhattan’s Lincoln Center for the Performing Arts, playing with its jazz orchestra and leading the Gully Low Jazz Band for hundreds of Lindy Hoppers at the center’s outdoor summer dance festival. He performs in Lincoln Center’s “Meet the Artist” program, which teaches children about jazz’s New Orleans roots. And he’s made a name for himself in Europe, where the Gully Low Jazz Band plays each summer at Scotland’s Nairn International Jazz Festival.

David Ostwald was raised in Swarthmore, Pennsylvania. He began studying piano at age seven and tuba at eleven. Solely a classical musician until his junior year at the University of Chicago, David formed his first jazz band at that time, inspired by the heart of America’s greatest art form.

Since 1980, Mr. Ostwald has led the Gully Low Jazz Band, whose second album, with blues great Big Joe Turner, was nominated for a Grammy Award in 1986 and whose fourth album Blues in Our Heart (Nagel-Heyer) was released to critical acclaim in 1999. Since 2000, the band has been engaged in an open-ended weekly Wednesday run at New York City’s Birdland, where it is known as the Louis Armstrong Eternity Band. 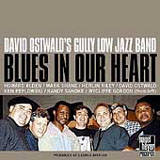 Blues in Our Heart

Blues In Our Heart 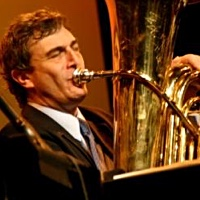 All About Jazz musician pages are maintained by musicians, publicists and trusted members like you. Interested? Tell us why you would like to improve the David Ostwald musician page.