Coleman Hawkins single-handedly brought the saxophone to the prominence in jazz that the instrument enjoys. Before he hit the scene, jazz groups had little use for the instrument. One player (forgot who) said, "with all due respect to Adolph Sax, Coleman Hawkins invented the saxophone." Hawkins, or "Bean", as he was known as, started playing cello at a young age before switching to the saxophone. He was a lifelong listener of classical music, and as a result, his knowledge of music theory was far ahead of his peers. Whereas Louis Armstrong improvised his solos based on the melody, Hawkins based his on the harmony and had a strong sense of rhythm. Hawkins hit New York at the age of 20 and quickly established himself, as he became the star of the Fletcher Henderson band 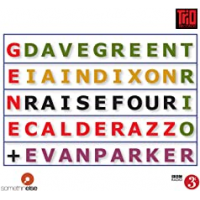 Yesterday, I spent a chunk of the day listening to tenor saxophonist Coleman Hawkins while writing. Hawkins, or Hawk, remains a marvel. The first modern tenor saxophonist, Hawk could blow hot and soft, and had more to do with the invention of bebop than he's been given credit for. He was formidable his entire career, which ...