Gigi Gryce was born George General Grice(sic) on 28th November, 1925 (not 1927) in Pensacola, Florida - although he was brought up in Hartford, Connecticut. He spent a short period in the Navy where he met musicians such as Clark Terry, Jimmy Nottingham and Willie Smith, who were to turn his thoughts from pursuing medicine to the possibility of making music for a living. In 1948 he began studying classical composition at the Boston Conservatory under Daniel Pinkham and Alan Hovhaness. It has been reported that he won a Fulbright scholarship and went to Paris to study under Nadia Boulanger and Arthur Honegger, although confirmation of this has been hard to establish. Although illness interrupted his studies abroad, the fruits of this immersion in classical modernism were the production of three symphonies, a ballet (The Dance of the Green Witches), a symphonic tone-poem (Gashiya-The Overwhelming Event) and chamber works, including various fugues and sonatas, piano works for two and four hands, and string quartets.

Gryce strictly separated his classical composing from his work in jazz and received inspiration and instruction from a number of 'unsung' jazz saxophonists. The first of these was alto player Ray Shep, also from Pensacola, who had played with Noble Sissle. Then there were three musicians Gryce had met whilst based in the Navy in North Carolina. Altoists, Andrew 'Goon' Gardner, who played with the Earl Hines Band and Harry Curtis, who performed with Cab Calloway, as did tenorman Julius Pogue, for whom Gryce reserved the highest accolade. As well as alto saxophone Gryce performed on tenor and baritone saxes, clarinet, flute and piccolo - a 1958 recording for the Metrojazz label saw him multitracking all these instruments over a conventionally- recorded rhythm section.

Whilst in Boston (from 1948) Gryce arranged for Sabby Lewis, and had working gigs with Howard McGhee and Thelonious Monk. When playing at the Symphony Hall he attracted the attention of Stan Getz who asked Gryce to arrange for him - Getz subsequently recorded three Gryce originals: Yvette, Wildwood and Mosquito Knees. Dissatisfied with these and other earlier compositions Gryce went on the Fulbright scholarship outlined previously. Returning to New York, Gryce arranged on record dates for Howard McGhee (Shabozz) and Max Roach (Glow Worm). In the summer of 1953 Gryce joined Tadd Dameron's band, and in the autumn of that year was with the Lionel Hampton band when they made their legendary European tour. Through Hampton's band Gryce met many musicians with which he was to collaborate with later, including Clifford Brown , Art Farmer, Quincy Jones and Benny Golson. Against Hampton's wishes this emerging nucleus of talent recorded a number of sessions in Paris for French Vogue in between Hampton gigs. There were many different permutations from quartets to a small big-band, interestingly labelled as an orchestra, alluding to Gryce's exploration of new orchestrations. Later that year Gryce married Eleanor Sears - they had three children together: Bashir, Laila and Lynette - before separating in 1964.

On returning to Manhattan after the Hampton tour, Gryce settled near to his former colleague Art Farmer, with whom he was to collaborate in a most productive quintet. In 1957 further memorable recordings were made with a group led by Thelonious Monk ('Monk's Music'), which Gryce described as one of the hardest and most humbling sessions he had known - in stark contrast with mostly first takes being used for an earlier 1955 session involving Monk. The Jazz Laboratory name, used previously for play- along records, was revived and shortened into the Jazz Lab Quintet, co-led by Gryce and trumpeter Donald Byrd. Oscar Pettiford made use of Gryce as player, composer and arranger for a couple of sessions which echoed the small orchestra Gryce had used for some French Vogue recordings. Some of the last jazz recordings Gryce made were in 1960, when he fronted a blues-oriented quintet which introduced the exuberant trumpet talent of Richard Williams.

After less than ten years in the jazz limelight Gryce decided to withdraw to the relative 'anonymity of the Long Island school system,' as jazz critic Ira Gitler critic put it. There has been much speculation as to the reasons for Gryce's sudden departure from the mainstream jazz scene, but it appears that a variety of influences and circumstances contributed to this: psychological pressures, business and publishing interests, and personal tragedy. It is often overlooked that Gryce was one of the first black musicians to form his own publishing company in order to have control over his and fellow musicians' creative output - many of the prominent black jazz musicians of the day were with Gryce's Melotone publishing company. It became clear, however, that Gryce couldn't buck the deeply ingrained system of record companies controlling (at least in part) music publishing rights as part of recording deals. Upon retiring from active involvement in the jazz scene suffering from a variety of psychological pressures, Gryce turned instead to music teaching (predominantly instrumental) - and such was his devotion that there exists a school in The Bronx named after him (PS53 Basheer Qusim School). He also married again and his second wife Ollie took his Muslim surname Qusim - it is believed that whilst in Paris, Gryce changed his name to Basheer Qusim on converting to Islam. He died of a massive heart attack upon recuperating in the town of his birth, Pensacola, on 17th March, 1983. The Jazz Society of Pensacola recently held a celebration of his music and life featuring a talk and performances and it is hoped to make this available on the website too. 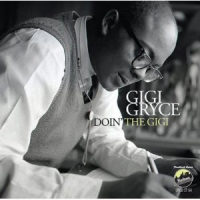 The Many Faces Of...

All About Jazz musician pages are maintained by musicians, publicists and trusted members like you. Interested? Tell us why you would like to improve the Gigi Gryce musician page.