Clifford Jordan was born in Chicago in 1931. A self-taught musician, his love of jazz had him performing in his home town until the late 1950's, when he moved to New York. His first album was appropriately titled "Blowing in from Chicago," and Horace Silver and Art Blakey.

In the 60's, his range broadened, as he played with Charles Mingus, Max Roach, Kenny Dorham, Lloyd Price, and James Brown. He toured Europe as a soloist and conducted his own music for radio and studio orchestras in 1966. A year later, he was toured West Africa and the Middle East for the U.S. State Department with Randy Weston. 1968 saw Cliff forming Frontier Records, through which he produced albums for Wilbur Ware, Pharoah Sanders, Cecil Payne, Charles Brackeen, Ed Blackwell and their groups.

Cliff Jordan was very interested in public work, and he became music consultant for Bed-Sty Youth in Action and Pratt Institute. He was the music director of the first Dancemobile in 1968 and faculty member at Henry Street Settlement.

1969 was time of change throughout the world, and Europe was becoming a hotbed for American jazz. This led Clifford Jordan to move with his wife and daughter from Brooklyn to Belgium. That year, he played there as well as throughout Africa. But the pull of the States was strong, and he returned in 1970, and started leading his own groups in clubs across the country. He also performed with Cedar Walton's trio [Billy Higgins, Sam Jones]. He played the role of Lester Young in "Lady Day: A Musical Tragedy" at the Brooklyn Academy of Music in 1972.

Europe was still a big draw, so he once again toured that continent. He also gave New York public school kids a thrill, giving concerts for them. He also taught reed instruments, flute, and conducted bands for Jazzmobile School, and participated in lecture-concert series in public schools for Jazz Interactions in 1975.

Cliff has performed on television and at major jazz festivals worldwide. He performed and recorded during the late 70's with Wilbur Ware, Chris Anderson; worked with Wilbur Campbell, Kenny Clarke and others. He worked and recorded during the 80s with Art Farmer, Barry Harris, Philly Joe Jones, Dizzy Reece, Tommy Flanagan, and led his own groups with artists like Vernel Fournier and Barry Harris. He performed with Dizzy Gillespie, Kenny Clarke, Percy and Jimmy Heath, and many others in an All-Star Indepedence Day celebration for Pres. Senghor in Senegal in 1980.

Clifford Jordan was an accomplished composer/arranger, whose compositions have been performed and recorded by major music figures. He did lecture-concerts at major colleges and universities. He had TV appearances with Carmen McRae, Harry "Sweets" Edison, Art Farmer, Dizzy Gillespie, and Cedar Walton. He was named a "BMI Jazz Pioneer" in 1984, a member of NARAS, and served as panelist for NEA. He composed for and performed with The Skymasters Band, the Hamburg Radio Big Band [Germany], the Metropole Orchestra [Holland], and the UOMO New Music Jazz Band [Finland]. Toured Australia with Mickey Tucker and Japan with Richard Davis in the 90s. He performed and recorded throughout the United States, Europe, and Japan with his quartet and his Big Band. Clifford's genius can be heard as featured soloist on well over 100 recordings, for 42 of which he is the leader. Show less 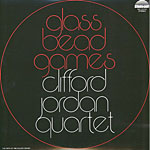 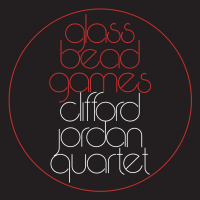 All About Jazz musician pages are maintained by musicians, publicists and trusted members like you. Interested? Tell us why you would like to improve the Clifford Jordan musician page.