Since Johnny Griffin's precocious professional debut with Lionel Hampton in 1945, his best work has been guided by spontaneity. One of the fastest and least inhibited of tenor men, Griffin loves the challenges and excitement of the jam session. Back in 1963, despite the solid reputation he had established as a member of Art Blakey’s Jazz Messengers and Thelonious Monk’s group (and as co-leader of a band with Eddie “Lockjaw” Davis), Griffin felt forced to flee to Europe.

During the Sixties, Griffin was one of an elite corps of resident American jazzmen in Europe, a group that included Kenny Clarke, Arthur Taylor, Horace Parlan, Kenny Drew, and, of course, Dexter Gordon (“Dexter’s family to me,” he smiles). He had no trouble finding work there. He played in radio and television studio bands, was installed for long engagements in clubs such as the Blue Note in Paris, played in countless jazz festivals, and continued his recording career unabated. He did everything but return to the United States. And he missed it: “Europeans love jazz very much, but American audiences respond to the music in a really special way.”

Johnny Griffin’s triumphant homecoming in 1978, coming on the heels of Dexter’s, ended 15 years of exclusively expatriate life in Europe. The occasion was one of jazz’s happiest, most heartwarming events in memory. Griffin found himself playing to an entirely new generation of fans, while his older fans discovered the tenor saxophonist to be playing better than ever.

Johnny Griffin was born April 24, 1928 in Chicago. In his own words: “All I ever wanted to be was a jazz musician. My father had played a little cornet and my mother played piano and sang a little. We had a lot of 78 rpm records in the house. In the beginning I listened to Ben Webster and Johnny Hodges, Don Byas and Lester Young. Then one day my cousins were having a party and somebody put on a 78 of Jay McShann, with Walter Brown singing “Hootie Blues.” And then there was an alto solo that knocked me dead. Like, crash, what is that?! Is that Pres?’ No, it was an alto. It was Charlie Parker. I wore that solo out on that record.”

“I started playing clarinet when I was 13 and saxophone when I was 14. Before that I had studied piano and steel guitar. I took classes in all the clarinets, oboe, and English horn. The bass clarinet was almost as tall as me.”

After leaving Hampton in 1947, Griffin joined trumpeter Joe Morris’s band, playing a variety of jazz, blues, and r&b. Meanwhile, he spent a great deal of time watching and listening to the great players: “I always respected Coleman Hawkins’s force and power, but I followed Webster, Hodges, Pres, and Bird. Altogether I saw Bird play about ten times. I was completely overawed by the man. He was a man who showed not only the potential of the saxophone, but the potential of human expression. At times, Bud Powell was like this too.”

“Actually, for the most part I stayed away from the saxophone players. I spent a lot of time with the pianists and trumpet players, because I didn’t want to sound like any other saxophonist. Back in the Forties, I walked with Monk, Bud Powell, Elmo Hope, and Walter Bishop, they were my teachers. From them I learned more about the harmonic structures underlying the music. I met Thelonious in 1948 and stayed at his house every day, with Elmo and Bud. Monk didn’t play much except when he was rehearsing his own band. He’d sit there and check out what Elmo and Bud were doing. Sometimes I’d have my horn out and play, but mostly I’d be listening.”

Griffin was in Monk’s band during 1958, “but I would say Monk has been more of an influence on me in the past six or seven years than he was then. The real effect, the overall conception, hit me later. When I was with his band, I was still trying to prove something with the saxophone, and now I’m more relaxed.”

During the Fifties and early Sixties, Griffin was known as a brilliant technician, a fiery player who had an endless supply of chops. In 1960 he formed a ‘tough tenor’ band with Eddie “ Lockjaw” Davis, with an in your face approach. Though small in stature, Griffin has always been a musical mercenary willing to back up his reputation at any time, anyplace, anywhere. But there has always been underlying warmth, a blues-based sense of everyday humanity, in his music. He is an amazingly consistent soloist, a man who is never off form by all accounts; undeniably he likes fast tempos but is a complete, rounded jazz musician, capable of tackling any material with the aid (or something otherwise!) of any rhythm section.

Griffin has an immense output of recordings available going back to his ’56 dates on Blue Note. He recorded for many labels as Riverside, Prestige, Black Lion, Galaxy, and Inner City. He did a memorable tribute to Billie Holiday in 1961 “White Gardenia,” which shows his warm side. On his return to America in 1978 he did two fine sessions for Galaxy “Return of the Griffin,” and “Bush Dance.” These reestablished his credentials and career. He has many full on blowing sessions, and as leader alone he has over sixty five records out, quite an impressive statistic.

Johnny Griffin continued to live in Europe; though slowing down a bit, he played America two weeks of every year, including a birthday party in Chicago. For a while he played in the Francy Boland -Kenny Clarke band, but normally touring as a single, playing with local musicians of his choice. He regularly played with Kenny Drew until Drew’s death in 1993. He maintained an active touring and recording schedule, and was writing large-scale works, including pieces for string orchestra. He is still the model for tough tenors everywhere.

The Little Giant passed away on July 25, 2008 at home in Mauprevoir, a village in the west-central La Vienne district, where he had spent the last 18 years of his life. The cause of death was not disclosed.

IN + OUT RECORDS announces new releases from Johnny Griffin, the Sun Ra... 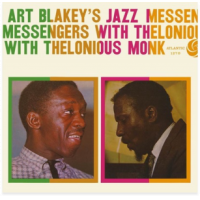 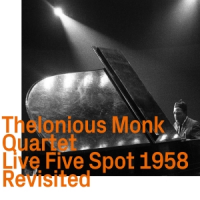 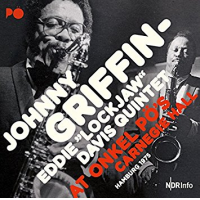 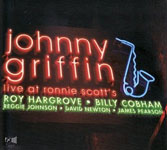 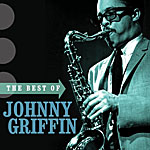 The Best Of Johnny...

All About Jazz musician pages are maintained by musicians, publicists and trusted members like you. Interested? Tell us why you would like to improve the Johnny Griffin musician page.