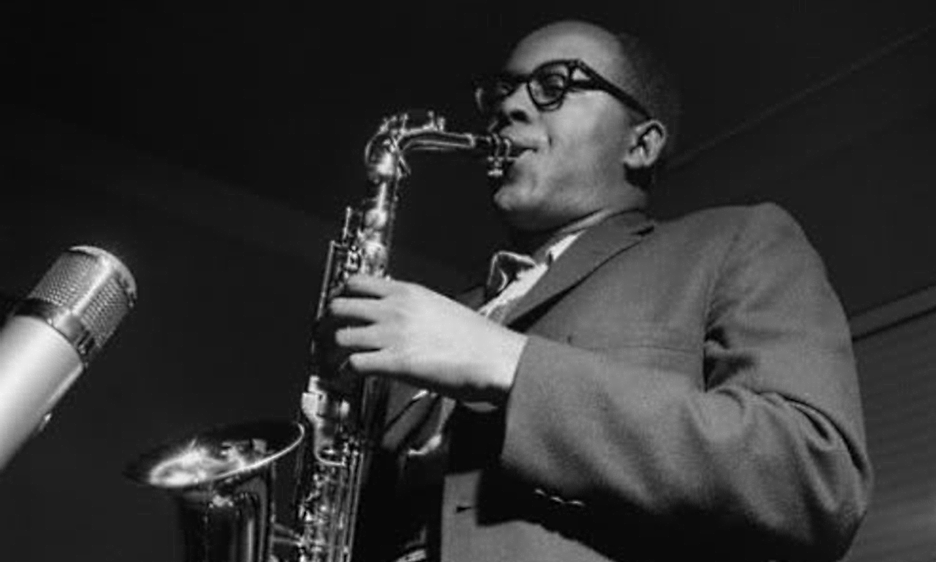 Gigi Gryce was a special kind of musician—the kind often overlooked by the mainstream jazz world today, but widely respected by those familiar with his all too brief time under the jazz spotlight of the 1950s. More often rated as a composer first, and an altoist second, his star burnt brightly in the later be-bop era that gave way to hard bop. Although he was associated with many key musicians of the hard bop school, Gryce's composing and performing was always more lyrically inclined—echoing Tadd Dameron's quest for "beauty that swings."

Gryce was born on November 28th, 1925 in Pensacola, Florida. He was christened George General Grice Jr. but soon began to be known as "GG"—hence Gigi. Later on, when he began his professional career, he changed the spelling of his surname to "Gryce." Gryce received lessons from Ray Shepp on clarinet and saxophone at Booker D. Washington High School, and then moved to Hartford. He was conscripted into the U.S. Navy in 1944 and came into contact with a number of jazz-wise shipmates, including Andrew "Goon" Gardner (a friend of Bird's) and thus turned his thoughts away from a career in medicine to a career in jazz.

Gryce embarked on a course of study at the Boston Conservatory of Music in 1947. Majoring in classical composition, his tutors included Alan Hovhaness and Daniel Pinkham. Even before Gryce graduated in 1952, he was gaining the attention of established jazz musicians—arranging for Sabby Lewis, and gigging with visiting artists such as Howard McGhee and Thelonious Monk. Gryce's first big 'break' occurred whilst in Boston, when he met up with Horace Silver -who was then the pianist in Stan Getz' band. Gryce brought along some of his music to a session and Getz subsequently recorded three of Gryce's jazz originals.

Gryce was still concentrating on his classical compositions and apparently went off to Paris to pursue further musical studies, possibly at the American Conservatoire at Fountainbleau. He may have gone along to classes given by Nadia Boulanger and Arthur Honnegger, but reports of Gryce gaining a Fulbright scholarship are so far unconfirmed. Gryce was reported as having written a couple of symphonies and various chamber works before overwork led to a nervous breakdown, with Gryce returning home before moving to New York. He wrote scores for Max Roach (an arrangement of "Glow Worm") and Howard McGhee ("Shabozz"), and in 1953 he joined Tadd Dameron's band at the Paradise Club, Atlantic City.

After leaving Dameron's band Gryce joined Lionel Hampton's band and toured with them on their 'legendary' 1953 European tour—legendary because of the fresh talent Hampton had assembled—as well as Gryce there was Quincy Jones, Clifford Brown, Art Farmer, and (briefly) Benny Golson. Constricted by Hampton's style and with a desire to record more widely and earn more money, a nucleus of talent revolving around Gryce, Jones, Farmer and Brown organised clandestine recording sessions for the Paris Vogue record label. Aided by a largely European rhythm section led by Henri Renaud, the 'young turks' recorded an incredible amount of music in all manner of instrumental permutations -from quartets to small big bands, and featuring both trumpet and alto sax as lead instruments. The hallmarks of Gryce's style were clearly evident in the unusual structures and lightly swinging lyrical melodies. Gryce's own sound on alto owed much to Charlie Parker in its passionate bluesiness, but wasn't as harmonically adventurous or as technically ferocious.

1954 saw Gryce team up with ex-Hampton band colleague Art Farmer in a quintet that was to record what many enthusiasts believe to be Gryce's best work. The Art Farmer Quintet and When Farmer Met Gryce feature lightly swinging, soulful music, often with exotic harmonies and intriguing structures, but never overblown or overstated—in essence, jazz miniatures. The group disbanded after failing to secure enough regular work to keep the meticulously rehearsed members together—still a depressingly common aspect of jazz, and one which Gryce was not prepared to compromise on.

Gryce was much in demand as a 'first-call' musician and appeared on many memorable sessions, including one with Thelonious Monk (Nica's Tempo), where Gryce's flowing and expressive phrasing free from egotistical cliches, perfectly matched Monk's idiosyncratic approach. As well as composing and performing, Gryce should be remembered for being one of the first musicians to start his own music publishing company—Melotone. Sadly, bucking the trend within a deeply ingrained record and publishing industry proved impossible, and the break up of Gryce's publishing interests affected him deeply, eventually leading to him withdrawing from the jazz scene altogether.

Gryce's desire to experiment with unconventional song structures and instrumentation led to the formation of the appropriately named Jazz Lab in 1957. Co-led by trumpeter Donald Byrd, the Jazz Lab was essentially a quintet that could expand to a nine-piece to perform more complex arrangements featuring French horn, trombone, baritone saxophone and tuba. Their repertoire ranged from standards to reworkings of many of Gryce's most popular compositions like "Minority," "Nica's Tempo" and "Social Call." It seems the reality of paying a larger group of musicians just wasn't economically viable and several of the Jazz Lab recordings feature the core quintet firmly rooted in the mainstream jazz tradition.

As well as alto, Gryce performed on flute, clarinet, piccolo and baritone sax, once putting them all to use on a 1958 Metrojazz album where he multitracked the woodwind parts against a conventionally recorded rhythm section.

Down Beat magazine in 1960 broke the details of what was to be Gryce's last group before abandoning the jazz scene in 1961. Under the title of "A Good Year for Groups," the new Gigi Gryce Quintet introduced the fresh trumpet talent of Richard Williams and also featured Richard Wyands, Reggie Workman or Julian Euell and Mickey Roker. The sound was more reflective and blues oriented than before, looking back with respect for a tradition—something Gryce felt deeply about.

Gryce's last album, Reminiscin was recorded early in 1961 and he apparently "went to ground" soon after, suffering from a variety of psychological pressures and strains. He converted to Islam and changed his name to Basheer Qusim. In 1963 he was employed as a "high school orchestra teacher" by the New York Board of Education, and continued in the City of New York Education system (where there exists a school named after his Muslim name) until his death on March 14th, 1983 in the town of his birth, Pensacola.

Gryce's jazz career lasted less than eight years, but the legacy of his music and playing is available through a number of reissued CDs that highlight the important contribution he made to jazz in the 1950s.

These two albums represent the perfect partnership of Gryce and Farmer where everything just 'gels.' Farmer really swings on the up tempo numbers but can be beautifully mellow and expressive in the ballads, whilst Gryce's piping sound adds both bite and wistfulness in equal measure.

A representative CD of some of the best performances Gryce was associated with, including his "orchtette" arrangements, and lovely vocal perfomances from Ernestine Anderson. A quartet featuring Monk occupies the last five tracks, in challenging but compelling arrangements that Gryce is well able to rise to. Vintage Gryce. A compilation CD of some of the Jazz Lab's finest performances mixed with some curiosities (including a "doo-wop" vocal from Jackie Paris!). Highlights the Jazz Lab's ability to switch from quintet to small big band arrangements, and make both swing effortlessly. Some particularly inventive arrangements here. A very bluesy, smokey album, with an astonishing trumpet sound from Richard Williams, matched by beautifully balanced soloing from Gryce. The rhythm section really swings, and is tight and expressive.