Lionel Hampton is one of the most extraordinary musicians of the 20th century and his artistic achievements symbolize the impact that jazz music has had on our culture in the 21st century. He was born April 20, 1908 in Louisville, Kentucky. His father, Charles Hampton, a promising pianist and singer, was reported missing and later declared killed in World War I. Lionel and his mother, Gertrude, first moved to Birmingham, Alabama, to be with her family, then settled in Chicago. He attended the Holy Rosary Academy, near Kenosha, Wisconsin, where a Dominican sister give him his first drum lessons. Later, while attending St 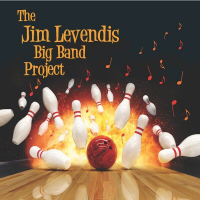 Jim Levendis knew that time was running out. In his mid-seventies, the veteran Philadelphia-area trumpeter and educator had contracted ALS (Lou Gehrig's disease), the effects of which were rapidly sapping his energy and ability to function. As the disease progressed, Levendis confided in Len Pierro, a band mate in the Ward Marston band, that there was ... 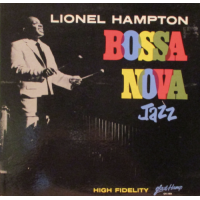 Bossa Nova Jazz: Lionel Hampton All Stars shouldn't work, but it does. Just looking at the album cover without hearing it leads you to assume that the bossa nova would be a stretch for a swinger and jump-blueser like Hampton. But its authenticity and sensuality exceeds expectations every time I put it on. It's really Bobby ... 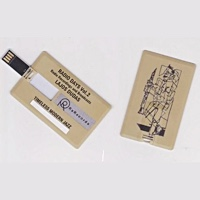 We start the 753rd Episode of Neon Jazz with Israeli jazz saxophonist Eli Degibri and his tribute to his parents with Henri and Rachel. We also profile Grace Fox a young big band leader from New York and hear new music from Japanese pianist Satoko Fujii. We also hear music from storied Philadelphia bassist Mike Boone ...