The cover of the August 1998 issue of The Mississippi Rag refers to Dan Levinson as the "in-demand reedman." Indeed, during an active career that began in the 1980s, he has enjoyed working with such jazz luminaries as Dick Hyman, Mel Tormé and Wynton Marsalis. A specialist in the music of the 1920s and '30s, Dan functions as both a leader and sideman, often performing alongside such prominent musicians as Howard Alden, Joe Ascione, Dan Barrett, Jon-Erik Kellso, Randy Reinhart, Randy Sandke, and Mark Shane. Originally from the Los Angeles area, Dan moved to New York in 1983. The following year he met veteran reedman James "Rosy" McHargue, then 82 years old, who became Dan's friend and mentor

Vince Giordano and the Nighthawks Sofia's Restaurant New York, NY August 14, 2012 Vince Giordano receives well-deserved attention for the twenties and thirties repertoire he's brought to the radio on A Prairie Home Companion, films such as 2008's Revolutionary Road and 2004's The The Aviator, and most recently ... 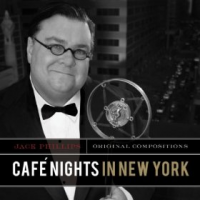 New York is, and always has been, a study in contrasts when it comes to the jazz it presents. The Big Apple has a reputation as the place to be for those looking to hear, explore and partake in all that's modern in this music, but it also plays home to certain venues that serve as ...

163
Article: From Far and Wide

[Editor's Note: Interview conducted by Eleanor Brietel, New York Editor of The Drill Press. Most of this interview, originally published on the Buzzle website, was conducted via email.] Eleanor Brietel: You've published fiction and you also write essays on a variety of subjects. I want, however, to confine this discussion to your ... 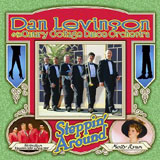 Label: Stomp Off Records
Released: 2007
Track listing: Everybody Step (introducing Say It With Music); Mister Moon-Man, Turn Out the Light; California, Here I Come; I'll Be With You in Apple Blossom Time; Just A Cottage Small (By a Waterfall); Tuck Me To Sleep in My Old Tucky Home (introducing My Old Kentucky Home); Bethena; Miami; Jeanine (I Dream of Lilac Time); Darling Nelly Gray; Wait Till the Sun Shines, Nellie (introducing I Don't Care); I'm Forever Blowing Bubbles; Wall Street Rag; Come Along My Mandy!; When You Wore A Tulip (introducing Put On Your Old Grey Bonnet); Meet Me Tonight in Dreamland; The Girl on the Magazine; America, I Love You; Till We Meet Again (introducing Beautiful Ohio); Jeanie With the Long Brown Hair; Let's You and I Just Say Goodbye.

Dan Levinson and his Canary Cottage Dance Orchestra: Steppin' Around

In a jam session or reading an arrangement, the gifted reedman Dan Levinson summons up noble ghosts--Benny Goodman, Bud Freeman, Frank Trumbauer and Rosy McHargue. But he is his own man with his own ideas. In spirit, he resembles Dick Hyman, creating historically accurate but radically lively music. Although Levinson is called “traditional" by those who ... 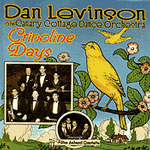 Label: Stomp Off Records
Released: 2005
Track listing: Smile, Smile, Smile (Pack Up Your Troubles In Your Old Kit Bag); Pretty Baby; Just Like A Butterfly (That's Caught In The Rain); Floatin' Down To Cotton Town; My Wild Irish Rose; Let It Rain, Let It Pour (I'll Be In Virginia In The Morning); Roses Of Picardy; Good-Bye Broadway, Hello France!; Under The Bamboo Tree introducing Ida! Sweet As Apple Cider; Shine On, Harvest Moon; Nellie Kelly, I Love You; It's A Long, Long Way To Tipperary introducing I Want A Girl (Just Like The Girl That Married Dear Old Dad); Schubert's "Serenade" introducing Serenade Blues; Down Among The Sheltering Palms; Memories; At The Ball, That's All introducing If I Had My Way; A Ring To The Name Of Rosie; Old Man Sunshine (Little Boy Bluebird); My Sunny Tennessee; In The Good Old Summer Time; Canary Cottage introducing It's Always Orange Day In California; Jazzin' The Blues Away; Crinoline Days introducing Some Sunny Day.

In 1917, as Russians revolted against the Tsar and the US entered into World War I, the first jazz records, recorded right here in NYC, turned so-called legitimate music on its ear. People danced to the “new music and the national craze that would come to be known as the “Jazz Age was born. That same ...