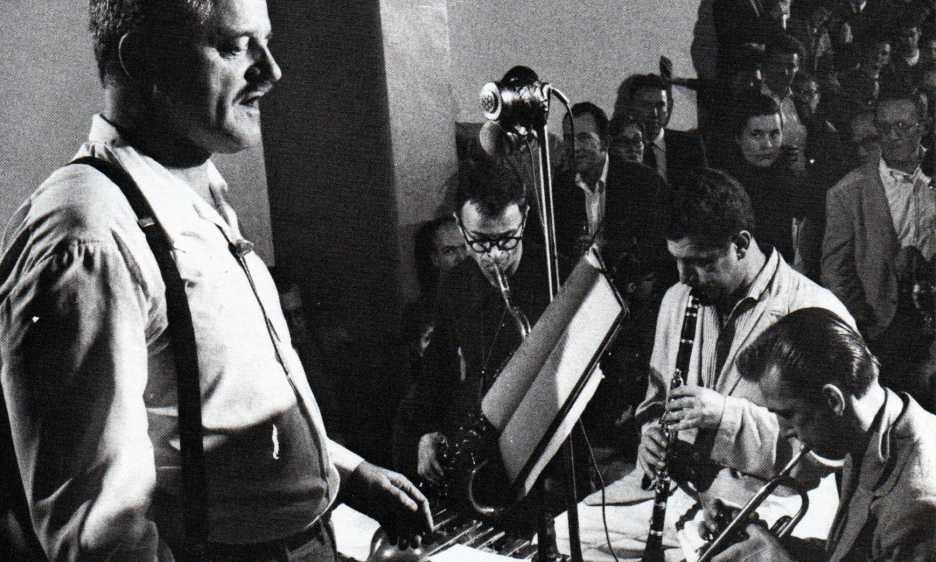 By Duncan Heining
October 14, 2018
Sign in to view read count
My intention here is to offer a detailed but inevitably incomplete chronology of poetry and jazz. The focus is solely on the combination of the two art forms in performance, not on poetry about jazz or jazz musicians or poetry inspired by jazz but not performed to music. My definition of 'poetry' is fairly broad and extends to spoken word/text combined with jazz. Hopefully, readers will be able to add to the chronology by contributing further examples of which I have been unaware.

1957. A Modern Jazz Symposium of Music and Poetry (Bethlehem BCP 6026) Charles Mingus. "Scenes in the City" only. Words by Langston Hughes, spoken by actor Melvin Stewart.

1957. Word Jazz (Dot Records DLP 3075) Ken Nordine words and narration with the Fred Katz Group, including Paul Horn (woodwinds). (NB. Not so much poetry and jazz, as story-telling and jazz. Nordine wrote a series of vignettes for this and other recordings, sometimes surreal and humorous, sometimes mildly socially critical. Fred Katz and his group play a kind of chamber jazz. Katz would later play in Chico Hamilton's Quintet.)

1958. The Weary Blues with Langston Hughes (MGM E6397) with two groups, one arranged by Leonard Feather, the other by Charles Mingus. Poetry and spoken word by Langston Hughes.

1959. Kenneth Patchen Reads with Jazz in Canada (Folkways FL9718) Kenneth Patchen recorded in Vancouver with the Allan Neil Quartet. (NB. 1942 Patchen worked with composer John Cage on the radio play The City Wears a Slouch Hat. Patchen also performed his poetry with Charles Mingus in the 1950s but no recordings are known to exist.

1970. The Last Poets (Douglas 3) 1971 Listen to the Silence (Concept CR002) George Russell. Music by a group including Jan Garbarek (Saxophones), Bobo Stenson (piano), Jon Christensen (drums), Arild Andersen (bass) plus choir and other musicians. (NB. Russell selected the libretto from various texts to create a work that was highly critical of American foreign policy and its treatment of Native Americans.)

1971 Tyger Play with music about the life and work of William Blake. Libretto/script by poet Adrian Mitchell. Music by jazz composer Mike Westbrook. Performed at the National Theatre.

1973. Southern Arts Association for the Worthing Festival of Literature, March. Graham Collier Music perform Sea, Sky and Down with poems by Ted Walker and Children of Adam, a setting of Walt Whitman poems from Leaves of Grass in Worthing in March 1973. Actor John Carbery narrates.

1974. The Revolution Will Not Be Televised (Flying Dutchman BDL 1-0613 -compilation) Gil Scott Heron

1974. Celebrations and Solitudes (Strata East SES 7421) Jayne Cortez with Richard Davis (bass). (NB. Cortez was married to Ornette Coleman and is the mother of Denardo Coleman, who was her musical director in her group the Firespitters—see below).

1977. Delights of the Garden (Douglas NBLP7051) The Last Poets with Bernard Purdie.