If Cole Porter and George Gershwin penned the soundtrack of the city, then Hoagy Carmichael was the voice of America's heartland. His best-known songs are now American standards: "Stardust," "Georgia on My Mind," "Heart and Soul".... Carmichael's career lasted four decades, and he penned hundreds of songs.

Born Hoagland Howard Carmichael in Bloomington, Indiana, he grew up in very modest circumstances. His mother played piano for dances at local fraternity parties and at "silent" movies. Hoagy would tag along. Like a sponge, he absorbed music from his mother, from the visiting circuses, and from the black families and churches in his neighborhood. Ragtime was in the air, and his mother mastered the “Maple Leaf Rag” and other popular tunes of the day.

In 1916, his family moved to Indianapolis. There, Hoagland came under the influence of an African-American pianist named Reginald DuValle, who gave him a great piece of advice: "Never play anything that ain't right," he admonished the young pianist. "You may not make a lot of money, but you'll never get hostile with yourself." DuValle gave Carmichael pointers about playing hot ragtime and the emerging style of jazz. Carmichael sought out cheap pianos in restaurants, night spots, and brothels where he was allowed to sit in.

Back in Bloomington in 1919, Carmichael booked the Louisville-based band of Louie Jordan (not the later jump- blues singer), and this experience spurred Carmichael into becoming a self-described "jazz maniac." He also listened to records avidly. He made a trip to Chicago, where he heard Louis Armstrong-a musician who would influence him (and with whom he would record later).

After completing high school, Carmichael entered Indiana University. He reveled in a growing passion for jazz, and started his own group, Carmichael's Collegians, which developed a reputation not only on campus, but in the region, as they traveled through Indiana and Ohio to entertain young dancers.

In the spring of 1924, Bix Beiderbecke, a young cornetist out of Davenport, Iowa, came to Indiana University. Carmichael booked him to play a series of ten fraternity dances, and the two became fast friends. It was for Beiderbecke that Carmichael wrote his first piece, titling it “Free Wheeling.” Beiderbecke took it with him to Richmond, Indiana, home of the early record company, Gennett Records, and waxed it with his seven-piece band, The Wolverines. It was now retitled “Riverboat Shuffle.”

Carmichael himself got a chance to record at Gennett studios, in 1927. One of the numbers he recorded on Halloween, 1927, was an up-tempo wordless original called “Star Dust.” Meanwhile, Carmichael managed to secure his Bachelor's degree in 1925 and a law degree in 1926, both at Indiana University. After completing his law degree he briefly hung out a shingle in West Palm Beach, Florida, but after happening on a recording of his song “Washboard Blues,” he gave up law for good in favor of music.

Carmichael closed the chapter on the first of three periods in his life when he left Indiana in 1929 and moved to New York City-where you had to go to make it in the music business. By day he worked for a brokerage house, while by night he wrote songs and made musical contacts—among them his idols Beiderbecke and Louis Armstrong, as well as the Dorsey brothers, clarinetist Benny Goodman, trombonist Jack Teagarden, and a hopeful lyricist out of Savannah, Georgia, named Johnny Mercer-ten years Carmichael's junior. They began writing songs together, such as “Lazy Bones” which became a huge hit in 1933, even at the depth of the Depression.

In January, 1929, Mills Music Company of New York published Carmichael's “Stardust,” still a wordless instrumental. In May of that year, the piece was published as a song, with lyrics by Mitchell Parrish, a New York lyricist working for Mills. But still the song went nowhere. In May, 1930, bandleader Isham Jones recorded the song, slowing the tempo and now the song began its skyward ascent, as more and more musicians were attracted to its dreamy, romantic qualities.

Carmichael was now writing folksy songs that would become jazz standards-notably “Rockin' Chair” (copyrighted in 1930) and “Lazy River” (1931). During the five years from 1929 to 1934, Carmichael made 36 recordings for the Victor Company-the nation's leading record label. He was rubbing elbows-and recording-with some of the great talents in jazz: Louis Armstrong, Henry "Red" Allen, Bix Beiderbecke, Benny Goodman, Mildred Bailey, and Jack Teagarden. In 1931, he was admitted to membership in the American Society of Composers, Authors, and Publishers (ASCAP), signifying his arrival in the songwriting fraternity.

In 1931, the death of his close friend Beiderbecke closed a chapter in his life and seemed to lessen his fire for jazz. By the mid-1930s, he was enjoying considerable financial success as a songwriter, and the mainstream beckoned him.

He made several life changes in 1936. He married a Ruth Meinardi of Winona Lake, Indiana. The couple would have two sons-Hoagy Bix and Randy-though the marriage would break up in 1955. And in 1936 Carmichael left New York City for good, thus closing the second big chapter in his life.

He moved to Hollywood, where, as he put it, "the rainbow hits the ground for composers." Thus began the third and final phase of his musical career. Working for Paramount Pictures, he teamed with lyricist Frank Loesser on such songs as “Two Sleepy People,” “Small Fry,” and “Heart and Soul.” In 1939, Carmichael and Mercer collaborated on a Broadway musical, Walk with Music, but it closed quickly; this would be Carmichael's only foray into musical theater. Otherwise, he composed "independent songs"-songs meant to stand alone of any production-as well as songs for the movies.

One of his songs from 1942, the resplendent “Skylark” (with a fine Mercer lyric), like “Stardust,” seemed to have the improvisations built right into the melody; it became a standard among singers and jazz musicians. In many of his songs from his California years, however, the jazz influence is not as obvious.

The 1951 film song “In the Cool, Cool, Cool of the Evening,” earned Carmichael an Academy Award for best song. Several of his 1950s songs “My Resistance Is Low,” and “Winter Moon,” found modest success, and he continued to compose, but he would have no more major successes as a songwriter. He had enjoyed a fertile creative run of more than twenty years-no mean feat in the fast-evolving, fickle world of popular music. And popular tastes in music were changing in the 1950s-rhythm & blues and rock & roll brought harmonically simplified songs, heavy with beat, to the fore, grabbed young listeners, and began taking over the airwaves. The "golden era" of American popular song, in the view of many, was over.

But once launched, many of Carmichael's songs took on lives of their own, finding favor and permanent homes in the repertories of singers and instrumentalists from various corners of American music. When, for example, Ray Charles made a huge hit and earned a Grammy Award for his moving rendition of “Georgia on my Mind,” it helped the song find new audiences and lives on in cultural memory. Already an evergreen, “Stardust” grew taller and stouter during the late 1950s and the 1960s, and RCA Victor even issued an LP, “The Stardust Road,” with nothing but different versions of the song.

Carmichael became something of a fixture on television of the 1950s, even playing a straight dramatic role on the TV Western, Laramie, in 1959-60. He became an avid golfer and coin collector, and still wrote songs-though hardly any of them were to be recorded. He maintained an interest in children and in 1971 published Hoagy Carmichael's Music Shop, a collection of songs he composed for children.

He returned a number of times to his native Indiana, and, as his years grew, was increasingly honored. In 1972, Indiana University awarded him an honorary doctorate and in 1974, the university's rare book archive, the Lilly Library, curated an exhibition in his honor. In 1979, Carnegie Hall held a tribute concert. In 1980, a stage production, Hoagy, Bix, and Wolfgang Beethoven Bunkhaus, moved from England to the United States, playing in Indianapolis and Los Angeles.

After suffering a heart attack, Carmichael died at his home in Rancho Mirage, California, on December 27, 1981. His body was returned to his native Bloomington for burial.

In the years after his death, his place in the cultural firmament has slowly risen. His family donated his archives and memorabilia to Indiana University, which in 1986 opened the Hoagy Carmichael Room in his honor. In 1988, the Indiana Historical Society and the Smithsonian Institution issued a lavishly illustrated boxed set of recordings, The Classic Hoagy Carmichael, which earned Grammy Award nominations for Best Album Notes and Best Historical Album. In 1997, the United States Postal Service issued a commemorative postage stamp in his honor. During his centennial year of 1999, there were radio broadcasts, concert programs, and songbook publications. His two memoirs were restored to print when Da Capo Press issued them in a combined edition-The Stardust Road & Sometimes I Wonder: The Autobiographies of Hoagy Carmichael.

If Carmichael's singing voice was as unmistakable as his nickname "Hoagy," similarly no one would mistake his songs for those of Gershwin or Porter or any other songwriter. While there is no single Carmichael "sound," his songs nonetheless sound like him. His melodies are so strong and distinctive that they usually dominate the other elements of his songs. Many of these melodies move to unusual intervals, cover a wide range, and display the instrumental influence of jazz. Most have few repeated notes, and most travel an unpredictable path-they are fresh. And that's one reason why so many of them have remained with us for decades.

Hoagy Carmichael is Muralized in Richmond In 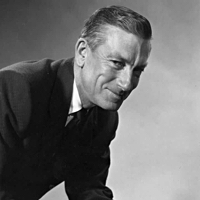 All About Jazz musician pages are maintained by musicians, publicists and trusted members like you. Interested? Tell us why you would like to improve the Hoagy Carmichael musician page.