Elegance is usually an imposition, a set of mannerisms employed by the swells to cover their emptiness and maintain their distance from us plebeians. Fred Astaire's achievement — no, his glory — was that he made elegance infectious. He democratized and Americanized the word most overused to describe himself.

And he did the same thing for dancing. Before the advent of sound movies, dance for most Americans meant tap dancers "laying down iron" in vaudeville. Before Astaire, screen dance was a thundering herd of chorines tapping out a Busby Berkeley abstraction. "I didn't think I had too much of a chance," Astaire would later say — with good reason. To be sure, he and his sister Adele had worked their way from Omaha through small-time vaudeville to stage stardom in New York and London. But Adele had retired, and at 34, Fred was not obvious star material: a skinny fellow with a reedy voice and an unassuming air.

In fact, his manner and his voice were basic to his success, creating an illusion of ordinariness. This was not unplanned. Nothing in the use of his only instrument — himself — ever was. A cool calculator of effects, a steely perfectionist in execution, he always affected astonishment over adulation. As Mikhail Baryshnikov said, Astaire often seemed to stand wryly outside himself, observing his work as wonderingly as anyone else.

Astaire also observed that it was time for a dancer to exploit the movies' capacity for intimacy rather than spectacle. In the nine films he made with Ginger Rogers between 1933 and 1939, most of their great numbers were not performed on a stage. Shot full figure in long takes, the pair tapped across park bandstands in the rain (Isn't This a Lovely Day?) and on roller skates (Let's Call the Whole Thing Off), and used an entire country club in The Yam number, which for compressed intricacy may have been their most heart- stopping routine. But more than skill and wit informed their partnership. Rogers, as Critic Arlene Croce said, offered Astaire a "genial resistance," bringing out "toughness" and "masculine gallantry" and, one must add, his narrative skill. Their best pas de deux tell full romantic tales: challenge, hesitation, soaring consummation, wistful afterglow.

The nostalgia surrounding Rogers-Astaire tends to bleach out other partners. But if Rita Hayworth, Cyd Charisse and Lucille Bremer melted more quickly into his arms, they did so with unsurpassed lyricism. Indeed, it is with Charisse during the Dancing in the Dark sequence of The Band Wagon that he attained romantic apotheosis. That film brought him to another kind of culmination. He always liked to shed his top hat, white tie and tails and make magic with homely props — a golf club, a hat rack, a handful of firecrackers. In Band Wagon, glum and lonesome, he entered an amusement arcade and emerged 6 1/2 minutes later, having completed the greatest solo dance in movie history, Shine on Your Shoes.

Most of dance's immortals write their greatness in air. Fred Astaire's is forever captured on film. But when he died at 88, that consolation was dimmed by the knowledge that the culture that produced him — especially the songwriters whose work gave wings to his feet — was gone too. He, alas, lived to see the future — and it was a subliterate, flash-cut music video. Show less

Andrea Marcovicci Cheek to Cheek with Fred Astaire and Other Hollywood...

Jazz at the Berrie Center at Ramapo College Presents Singing Astaire: A... 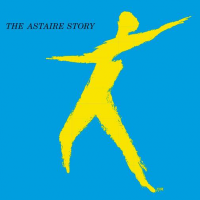 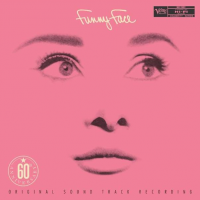 All About Jazz musician pages are maintained by musicians, publicists and trusted members like you. Interested? Tell us why you would like to improve the Fred Astaire musician page.