George Lewis is a jazz trombone player and composer. In addition to his own recordings, he has recorded or performed with Anthony Braxton, Roscoe Mitchell, Conny Bauer and others. He is a contemporary and colleague of trombonist Ray Anderson. He also has a feature segment on Laurie Anderson's album Big Science. Lewis has long been active in creating and performing with interactive computer systems, most notably his software called Voyager, which "listens to" and reacts to live performers. Lewis gave an invited keynote lecture and performance at NIME-06, the sixth international conference on New Interfaces for Musical Expression, which was held at IRCAM, Paris, in June 2006. He is a member of the Association for the Advancement of Creative Musicians (AACM) and a graduate of Yale University, where he was tapped by the The Skull and Bones

Guitarist/composer Jeff Parker is closely associated with indie group Tortoise and Rob Mazurek's Chicago Underground and Exploding Star Orchestra projects, but the scope of his work is extensive. The Bridgeport, Connecticut native has worked in numerous genres and technologies, and with a varied range of artists including, Joshua Redman, Nicole Mitchell, Yo La Tengo, Matana Roberts, ...

Bassist and composer Mario Pavone died on May 15, 2021, after a seventeen-year battle with cancer. The Connecticut native had many interests and earned a degree in engineering, a Doris Duke Foundation grant and, for a quarter-century, shared his wisdom and talent with kids at the Litchfield Performing Arts Jazz Camp, where he also served as ...

This mixtape is a fun-filled companion to the two parts of our show “Hanksgiving -A Tribute to Hank Mobley," giving even more insight in the legacy of Hank Mobley as a saxophonist and composer through some of his gems and some of the best renditions of his tunes. [Listen to Part 1 and Part 2] 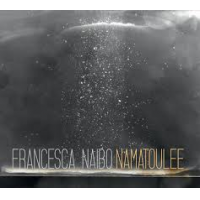