Archie Shepp was born in 1937 in Fort Lauderdale in Florida. He grew up in Philadelphia, studied piano and saxophone and attended high school in Germantown; he went to college, became involved with theatre, met writers and poets, among them, Leroy Jones and wrote: «The Communist», an allegorical play about the situation of black Americans. In the late fifties, Archie Shepp also met the most radical musicians of the time: Lee Morgan, Bobby Timmons, Jimmy Garrison, Ted Curson, Beaver Harris ... his political consciousness found an expression in plays and theatrical productions which barely allowed him to make a living

North Sea Jazz Festival Ahoy Rotterdam Rotterdam, The Netherlands July 8-10, 2022 The post-pandemic, new North Sea normal seemed much the same as before, except the stakes were higher than usual due to economic recovery issues and continued uncertainty regarding Covid-19 resurgence. While the global entertainment sector bloomed ...

All About Jazz is celebrating Archie Shepp's birthday today! Archie Shepp was born in 1937 in Fort Lauderdale in Florida. He grew up in Philadelphia, studied piano and saxophone and attended high school in Germantown; he went to college, became involved with theatre, met writers and poets, among them, Leroy Jones and wrote: «The Communist», an ...

There are lovingly curated box sets and there is Albert Ayler's Revelations: The Complete ORTF 1970 Fondation Maeght Recordings. The 5 x LP / 4 x CD set documents in full the two concerts Ayler gave at the high-end performance and visual arts facility in Provence, France in July 1970, just four months before he passed, ... 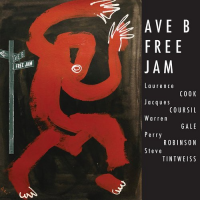 A small story to motivate this review. Once upon a time, there was a scholar in a field of the humanities who wrote quite obscurely, even for the humanities, although his prose did not approach the glories of the postmodern. Most agreed that his writing was incomprehensible. It was sesquipedalian, if not totally obscure. In his ... 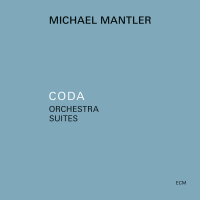