“I consider myself neither poet, composer, nor musician. These are merely tools used by sensitive men to carve out a piece of beauty or truth they hope may lead to peace and salvation.”

He has been opening eyes, minds and souls for over thirty years. A highly influential and widely admired singer, proto-rapper, jazz pianist, poet, novelist and socio- political commentator, Gil Scott-Heron remains a unique figure in global music. With over fifteen albums to his name, his politically charged output has won him an international following. His work illuminates a philosophy of life that holds human affection as well as political and artistic responsibility as the underlying factors that inspire his writing.

Gil Scott-Heron was born in Chicago in 1949. Both parents divorced whilst Gil was still a child and he was dispatched off to his grandmother in Lincoln, Tennessee. His grandmother helped Gil musically, however, early racial tensions at school, led him to relocate again to the Bronx during his adolescent years to live with his mother and he later moved again to the Spanish neighborhood of Chelsea.

As a student, he admired the poetry of Langston Hughes and followed his footsteps by enrolling in Lincoln University. It was at college he met Brian Jackson, who was later to be a long time musical collaborator. By age 20, he completed the novel ‘The Vulture’ and the book of poetry, ‘Small Talk At 125th & Lenox.’ He released his debut album, “New Black Poet: Small Talk at 125th and Lennox,” in 1970, the album contained the powerful “The Revolution Will Not Be Televised,” a damning attack on the media and the state of the union from how he saw it. This was just the beginning.

The follow up album, 1971's “Pieces of a Man,” showed a growing musical maturity, featuring 'Lady Day and John Coltrane' and the, less political, “I Think I'll Call It Morning,” “Pieces of a Man,” and what would be his nemesis of “Home is where the Hatred Is,” this was released under Bob Thiele's, Flying Dutchman Records. The musicians on this record were Brian Jackson on piano, Ron carter, bass, Bernard Purdie, drums, and Hubert Laws on flute and sax. Gil signed a one album deal for Strata East, in 1974 with Brian Jackson, and released the album “Winter In America,” which contained the original version of “The Bottle.” This was an underground and cult hit then worked its way into the R&B charts.

He was signed to the Arista label in 1975, where he received success with the South African diatribe, “Johannesburg,” a song that reached number 29 on the R & B charts that year. His first two albums at the new label were “First Minute of a New Day” (containing 'Winter In America', again, and 'Ain't No Such Thing As Superman') and the album “From South Africa to South Carolina” (containing 'Johannesburg').

1976 saw the release of the double album “It's Your World,” which contained the live version of the track 'The Bottle' and was recorded live at Paul's Mall in Boston, Massachusetts in July of that year.

Gil Scott-Heron and Brian Jackson reached a musical zenith in 1977 with the album “Bridges.” This is definitely one of those ‘had to be there’ albums, and for this writer it certainly was. It opens with “Hello Sunday! Hello Road!” then flowing into the smooth “Song of the Wind,” and goes on to include the anti nuke song “We almost lost Detroit,” “Delta Man,” and ends with the beautiful ballad “95 South" (all the places we’ve been). They were really in top form here, and the record is considered by us die hard Gil fans as his best. Though he had other “hits” and more popular songs on other albums, “Bridges,” is his best conceptual offering.

By 1978, Brian Jackson had his final association with Gil, Malcolm Cecil then taking over the musical direction, following the release of the album “Secrets.” That same year, Gil released an album of poetry and music, entitled “The Mind of Gil Scott Heron,” for Arista Records.

I was lucky to catch him in Denver in ’89 with the Amnesia Express, and had a chance to talk with him backstage. I found him to be very articulate, polite, and appreciative of my knowledge of his work. His performance that night was mesmerizing and poignant. There is no grey area with Gil. A retrospective double album was released in 1990 entitled “Tales of Gil Scott-Heron and His Amnesia Express.” In 1993, Gil signed to the TVT Records label and released the album, “Spirits.”

If Gil had chosen to go the clean cut well dressed route of a jazz or soul singer, I believe he would have succeeded on his voice, delivery and feeling. But we all know that didn’t happen.

There is the other side of his music. In researching for this profile on Gil, I found an excellent article by writer Mtume ya Salaam, which coincides with my perspective on the gentle side of Gil Scott-Heron.

Gil Scott-Heron is probably best-known for his stridently political material, songs like “Johannesburg,” “The Bottle,” and of course, “The Revolution Will Not Be Televised” but my favorite Gil Scott Heron songs are the ballads. Invariably pensive and reflective yet always filled with hope, Gil’s ballads range in tone from the political (“Winter In America”) to the nostalgic (“A Very Precious Time”) to the outright optimistic (“A Lovely Day”).

Gil wrote so many great ballads that it’s impossible for me to pick a favorite, but at the moment, the one I’m feeling the most is “Beginnings (The First Minute of A Brand New Day).” “Beginnings” is a lament, I admit that, but the soaring vocals and the raw honesty of the lyrics raise my spirits. The lyrics to “A Very Precious Time” read like a requiem to innocence, but it isn’t a simple nostalgia trip, that isn’t Brother Gil’s style. In the bridge, Gil defines his wistful look back as a means to remain in the present, to remain cognizant of the reasons we struggle on, even when we would much rather give in.

It’s not easy being Gil Scott-Heron, an icon everyone respects as well as a junkie everyone feels sorry for. How do you contain the contradiction of being an insightful, revolutionary artist and a habitual addict? If any one artist represents the post-civil rights journey of African Americans, it’s Gil Scott-Heron.

I still play Gil’s music, but I no longer play it with unadulterated joy today, Gil’s music always calls to mind contradictions and the difficult struggle of coping with, and sometimes even overcoming, those human failings we all have, those failings which Gil has in spades.

Gil has a deep catalogue, deep as in beaucoup beautiful songs and deep as in profound music. Turn the lights out, sit quietly in the dark and review your life; if you’re over 35, a few of these songs are damn near guaranteed to churn up shit inside you that will make even the hardest of the hard blink back a tear or two.

In the midst of all of his contradictions and shortcomings, one thing Gil never did was lie about it in his music. All he is (as they say, the good, the bad… etc.) is in there, poetically so, beautifully so, sing-along so. Who else would be honest enough to say, home is where the hatred is… A junkie on his way back home.

Let’s just resolve: regardless of how painful it be, let’s make a pact that we will at the very least be honest with ourselves about who we actually are. —Kalamu ya Salaam 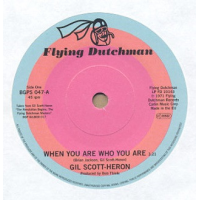 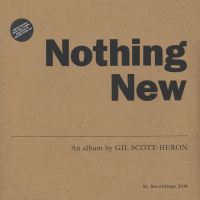 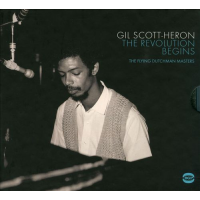 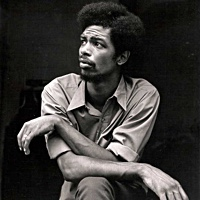 All About Jazz musician pages are maintained by musicians, publicists and trusted members like you. Interested? Tell us why you would like to improve the Ursula Rucker musician page.