Idris Muhammad was born on November 13,1939, and began playing the drums at age 8 in his native New Orleans. By the time he was 16, he was performing in jazz bands. Muhammad became known as one of the most innovative drummers in soul music of the 1960's, performing with singers Sam Cooke, Jerry Butler, and The Impressions.

He played for the popular musical Hair while performing with the house band for the Prestige Label in the early 1970's. For the rest of that decade, he accompanied popular singer Roberta Flack, led his own band, and worked with Johnny Griffin and Pharaoh Sanders.

An excellent drummer who has appeared in many types of settings, Idris Muhammad became a professional when he was 16. He played primarily soul and R&B during 1962-1964 and then spent 1965-1967 as a member of Lou Donaldson's band. He was the house drummer at Prestige Records (1970-1972), appearing on many albums as a sideman. Of his later jazz associations, Muhammad played with Johnny Griffin (1978-1979), Pharoah Sanders in the 1980s, George Coleman, and the Paris Reunion Band (1986-1988). He has recorded everything from post-bop to dance music as a leader for such labels as Prestige, Kudu, Fantasy, Theresa, and Lipstick.

Muhammad's 1993 recording My Turn includes saxophonist Grover Washington, Jr. and trumpetor Randy Brecker, both of whom are also featured performers in this year's 25th Annual University of Pittsburgh Jazz Seminar and Concert.

Roberto Magris Performing and Recording in Los Angeles with Idris... 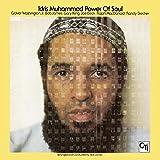 All About Jazz musician pages are maintained by musicians, publicists and trusted members like you. Interested? Tell us why you would like to improve the Idris Muhammad musician page.