Eddie Henderson is one of today's top and most original jazz trumpet players. Henderson was born in New York City October 26, 1940. His father sang with the Charioteers, and his mother danced as one of the Brown twins at the Cotton club. Louis Armstrong gave Eddie his first few trumpet lessons at the age of nine.

Eddie moved with his family to San Francisco when he was 14 years old. He studied at the San Francisco Conservatory of Music from 1954 to '56. Around 1956, Miles Davis was guest at Eddie Henderson's home during a black Hawk Jazz Club gig and was impressed with Eddie's ability to perform his famous “Sketches of Spain” without a fluff but encouraged Henderson to seek his own originality.

Following Air Force service from 1958 to '61, Eddie became the first African American to compete for the National figure skating Championship, winning the pacific and Midwestern titles.

The year 1961 was the beginning of Eddie pursuing dual careers-medicine and music. After receiving a bachelor of science in Zoology at the University of California at Berkeley in 1964,he got his M.D. at Howard university Medical School in 1968. Eddie interned at San Francisco's French Hospital during 1968 and '69 and undertook a two-year residency in psychiatry at the University of California hospital from 1969 to '71.

Henderson has been on the faculty at Juillard School of Music since 2007. Show less

Nu-Art Series to Present Eddie Henderson on Saturday, October 17 at... 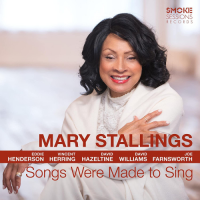 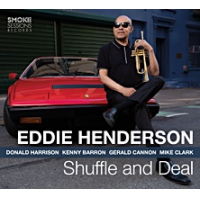 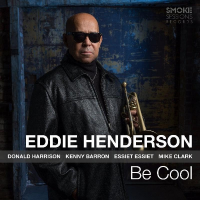 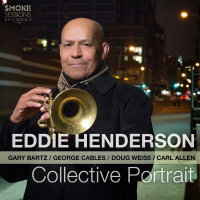 All About Jazz musician pages are maintained by musicians, publicists and trusted members like you. Interested? Tell us why you would like to improve the Eddie Henderson musician page.