Few musicians in jazz history have proven more vigorously productive and resourceful than David Murray. During the past 35 years, from the moment he first visited New York as a 20 year-old student, playing in a walkup loft, in 1975, David has careened forward in a cool, collected, rocket-fueled streak. He has released over 150 albums under his own name. Yet more impressive than the numbers is the constancy of two abiding achievements: as a tenor saxophonist, he has perfected an instantly recognizable approach to improvisation that even in its freest flights acknowledges the gravity of a tradition he honors more than most; and he has altered the context for his improvisations as an infinite mosaic of musical challenges and explorations

A Tribute to Chick and Milford

This show honours two great figures in jazz who passed away recently. Chick Corea, an outstanding pianist and a great composer, and, Milford Graves a master percussionist, who was one of the giants of the improvised music community. I have selected music from across their respective careers as a tribute to their contribution to music.

Roberto Miranda has appeared on almost one-hundred albums but has been lightly recorded as a leader, and inexplicably struggled to generate interest among labels. Dark Tree Records has released some great Horace Tapscott performances from the '70s and '80s. The label resurrected a Miranda-led session on Live at the Bing Theater; Los Angeles, 1985. Recorded at ...

All About Jazz is celebrating David Murray's birthday today! Few musicians in jazz history have proven more vigorously productive and resourceful than David Murray. During the past 35 years, from the moment he first visited New York as a 20 year-old student, playing in a walkup loft, in 1975, David has careened forward in a cool, ... 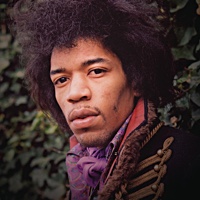 Hear My Train A Comin':The Songs Of Jimi Hendrix Kevin Le Gendre 240 Pages ISBN: 97818000500143 Equinox 2020 Few artists have burned as briefly and brightly as Jimi Hendrix, the Afro-American guitarist and singer who set the late 1960s alight with his virtuosity and showmanship. Fifty years after he ...

Cuban influences have been heard in jazz since the 1940s. The 1960s brought significant Brazilian sounds into the music. Today, musicians from throughout Latin America are shaping the music, never more vibrantly than in large Latin ensembles. Latin Big Bands lead by Dafnis Prieto, Arturo O'Farrill, Miguel Zenon, David Murray, Arturo O'Farrill and Bobby Sanabria in ...

Most jazz groups that stay together for a long time, such as The Modern Jazz Quartet or The Art Ensemble of Chicago, achieve a certain prominence. It is a surprise then to realize that the lesser-known band, Conference Call, has been around since 1999 and is here releasing its eighth album. The group's core ...