Chico appears in the March Milastaire number in the film “You'll Never Get Rich” (1941) as part of the backing group supporting Fred Astaire, and performed on the soundtrack of the Bing Crosby/Bob Hope film “Road to Bali”.

Chico’s impact upon jazz includes the introduction of two unique and distinct sounds: first in 1955 with his Original Quintet which combined the sounds of his drums, the bass of Carson Smith, the guitar of Jim Hall, the cello of Fred Katz, and the flute of Buddy Collette; and the second in 1962 with his own drums, the bass of Albert Stinson, the guitar of Gabor Szabo, the tenor sax of Charles Lloyd, and the trombone of George Bohanon.

In 1997, Chico received the New School University Jazz & Contemporary Music Programs Beacons in Jazz Award in recognition for his "significant contribution to the evolution of Jazz". In 2002, Chico was awarded the WLIU-FM Radio Lifetime Achievement Award. At the IAJE in NYC January 2004, Hamilton was awarded a NEA Jazz Master Fellowship, presented to him by Roy Haynes. In December 2006, Congress confirmed the President’s nomination of Chico to the Presidents Council on the Arts. And in 2007, Chico received a Living Legacy Jazz Award as part of The Kennedy Center Jazz in Our Time Festival, as well as receiving a Doctor of Fine Arts from The New School.

Dynamic as ever at the age of 86, Chico Hamilton has a resume that includes scores for film, original compositions, commercial jingles, 50 + albums as a leader, and countless international tours. In 2006, Chico released four CD’s on Joyous Shout! in celebration of his 85th birthday: “Juniflip” featuring guest appearances from- legendary Love front- man Arthur Lee, criminally under-rated vocalist (and successful actor) Bill Henderson, and former Hamilton band members trombonist George Bohanon and bass trombonist Jimmy Cheatham; “Believe” with Special Guest appearances from vocalist and R & B Diva Fontella Bass and trombonist George Bohanon; “6th Avenue Romp” featuring Special Guest appearances from guitarist Shuggie Otis, trumpeter Jon Faddis, trombonist George Bohanon, vocalist Brenna Bavis and percussionist Jaimoe of the Allman Brothers Band; and “Heritage” with Special Guest appearances from vocalist Marya Lawrence and tromboist George Bohanon. September 2007, Chico released "Hamiltonia" sampling his original compositions from the four albums released in 2006. "Hamiltonia" is an impassioned statement of purpose- an emphatic endorsement of writing and performing THIS music in the NOW, the way the GREATS did in their time, and confirms Hamilton's status as one of the most important living jazz artists and composers.

Over the years, Chico has had a series of dance floor successes, including his signature song "Conquistadors from his 60's Impulse album "El Chico", and the Brazilian influenced song "Strut" from Chico's 1979 outing on Elektra "Nomad", which became so successful on the Northern Soul Scene in the U.K. that it had its own dance!! "Conquistadors" also was the signature track for E-man when he rocked the dance floor at Frank's Cocktail Lounge in Brooklyn. In 2002 a track titled "For Mods Only" from Chico's 1968 Impulse album "The Dealer", was included on the [Thievery Corporations "Sounds from the Verve Hi-Fi". Fall 2006, Rong Music released the 12" vinyl “Kerry's Caravan” from Mudd & Chico Hamilton, a moody yet stunning slice of modern music and a molten melting pot ready made for filling the dance floor with remixes from long-term Idjut Boys collaborator and Fiasco imprint boss Ray Mang!! And the recent Impulsive! Remix Project features Mark De Clive Lowe’s take on Chico’s classic 60s track “El Toro”. Released December of 2007 from SoulFeast (Joaquin 'Joe' Claussell & Brian Michel Bacchus) on 12" Limited Edition Vinyl is their recasting of Chico's classic track "Mysterious Maiden", and coming Spring 2008 from SoulFeast is a CD & double vinyl 12" EP "Chico Hamilton Presents: Alternative Dimensions of El-Chico".

"Foreststorn 'Chico' Hamilton is a true jazz legend- his music represents jazz in its purest form. It is invention, originality and change. He is unafraid to let the music flow forth in whatever creative form it chooses while staying true to his identity as a musician. Hamilton's steady, forceful, yet beautifully restrained drumming leads his group track by track. The result is everything you expect jazz to be. At a young 85 years old, Hamilton is the true epitome of agelessness, and his music knows no generational bounds". sheeba rashada/groundliftmag.com 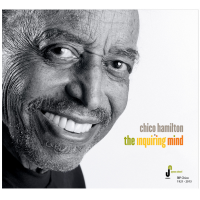 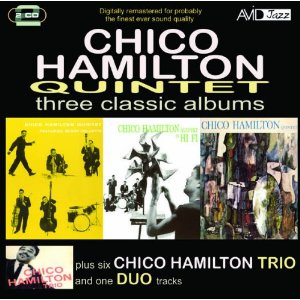 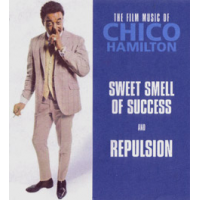 The Film Music Of... 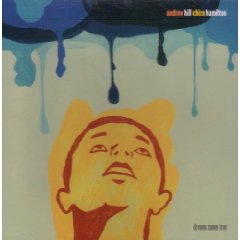 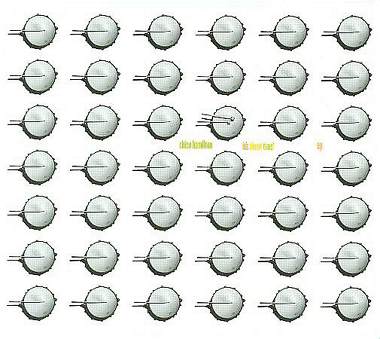 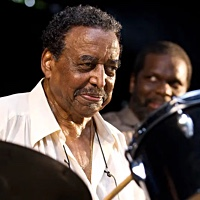 All About Jazz musician pages are maintained by musicians, publicists and trusted members like you. Interested? Tell us why you would like to improve the Chico Hamilton musician page.