Oliver Nelson needs to be reconsidered by music listeners for what he was - one of the most significant jazz voices of his generation, and an important big band composer and arranger of the 1960s. Perhaps the skill he mastered most keenly was his ability to turn listeners on. As difficult as his music might have been to play, and as hard as it is to analyze, it is extremely easy to listen to.

Born June 4, 1932 in St. Louis, Oliver Nelson came from a musical family: His brother played saxophone with Cootie Williams in the Forties, and his sister was a singer-pianist. Nelson himself began piano studies at age six and saxophone at eleven. In the late ‘40’s he played in various territory bands and then spent 1950-51 with Louis Jordan’s big band. After two years in a Marine Corps ensemble, he returned to St. Louis to study composition and theory at both Washington and Lincoln universities.

After graduation in 1958, Nelson moved to New York and played with Erskine Hawkins, Wild Bill Davis, and Louie Bellson. He also became the house arranger for the Apollo Theatre in Harlem. Though he began recording as a leader in 1959, Nelson’s breakthrough came in 1961 with “The Blues and the Abstract Truth,” (Impulse) featuring an all- star septet of; Eric Dolphy, Bill Evans, Roy Haynes, Paul Chambers and Freddie Hubbard. With the success of that deservedly acclaimed album, Nelson’s career as a composer blossomed, and he was subsequently the leader on a number of memorable big-band recordings, including “Afro-American” (Prestige) and “Full Nelson” (Verve). He also became an in-demand studio arranger, collaborating with Cannonball Adderley, Johnny Hodges, Stanley Turrentine, and others. In addition to dates he led under his own name, he wrote, scored and conducted under the names Leonard Feather's Encyclopedia of Jazz All Stars and the Jazz Impressions Orchestra; did a date for Shirley Scott and another for Ray Brown and Milt Jackson; five sessions with organist Jimmy Smith, including the legendary “Walk on the Wild Side,” another headlined by Smith and Wes Montgomery; and the incomparable Pee Wee Russell. During the Sixties, Nelson became one of the most strongly identifiable writing voices in jazz. Since Nelson was schooled in both the American jazz and European music traditions, his arrangements can be intricate, but when it comes time for a solo, it's clear that Nelson (who was himself a brilliant soloist on tenor alto and soprano saxophone) has fashioned everything as the proper set up for the featured player.

Nelson moved to Los Angeles in 1967, where he became involved extensively in scoring for television and films. It's no wonder Oliver Nelson was so eagerly embraced by Hollywood - his music is all about drama. He loved painting tonal pictures, and his pieces do portray dramatic situations perfectly.

He continued active in jazz and continued to lead an all- star big band in various live performances between 1966 and 1975 in appearances in Berlin, Montreux, New York, and Los Angeles, he also toured West Africa with a small group. Besides composing music for television and films, he was producing and arranging for pop stars such as Nancy Wilson, James Brown, the Temptations, and Diana Ross. Though Nelson continued to write for jazz record dates and play his saxophone, the demands of writing commercial music increased. The accompanying stress ultimately may have been his undoing; on October 28, 1975, he died suddenly of a heart attack. 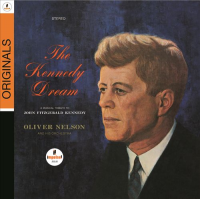 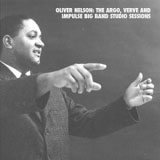 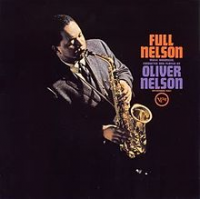 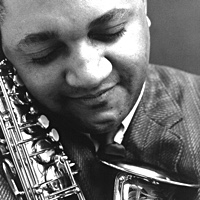 All About Jazz musician pages are maintained by musicians, publicists and trusted members like you. Interested? Tell us why you would like to improve the Oliver Nelson musician page.