Tenor saxophonist Frank Lowe came out of Memphis inspired by the bluesy sound of King Curtis, but went on to become one the premier free jazz players in New York beginning with his association with Sun Ra in the mid sixties.

Frank Lowe grew up in Memphis and soaked up the remarkable musical currents of that city in the early 1960's. The saxophonists Charles Lloyd and Hank Crawford and the singer Carla Thomas were his friends and neighbors; his first music teacher outside of school was Packy Axton, the part owner of Stax Records, who also played saxophone. As a teenager, Mr. Lowe worked in the Stax recording studio and in its record store.

He briefly attended the University of Kansas, and for a time in his 20's he moved to San Francisco to study with the saxophonists Donald Rafael Garrett, Bert Wilson and Sonny Simmons. While he was there, he met Ornette Coleman, one of his idols, who suggested that he move to New York. He played with Sun Ra from 1966 to 1968, and shortly after, he began performing with Alice Coltrane, wife of John, though he said that he was still learning how to play his instrument. ''I felt privileged,'' he said in an interview in 1992. ''I was just listening to records, and the next thing I knew I was onstage.''

He played on an album with Ms. Coltrane, ''World Galaxy,'' and then made his own first album, ''Black Beings,'' on the ESP label in 1973. It was a wild, full-throttle album of high-energy improvising over scant themes, and after getting it out of his system, he quickly changed his style.

Only one year later, with ''Fresh,'' released by Arista, he started a long process of moving to the lower registers of his instrument and absorbing the more temperate mood of swing players like Chu Berry and Lester Young. ''In the so-called avant-garde, sometimes I found the humor and romance lacking,'' he said. He put out a great album “The Flam,” in ’75 for Black Saint, before moving to Paris for awhile.

Having started as a bandleader, he played and recorded with a range of musicians around the New York jazz and improvisational music scene, from the guitarist Eugene Chadbourne to the trumpeter Don Cherry; but at the core of his musical circle throughout were the violinist Billy Bang, the drummer Phillip Wilson and the cornetist Butch Morris. He developed a style that was songlike and slow, shorn of extra notes, and tending toward melancholy.

At the beginning of the 1990's he formed the band Saxemble, with four saxophonists, including James Carter and Michael Marcus; its first album included ''Four Five Six,'' written by Hank Crawford. His final recording was “Lowe-Down & Blue,'' for the CIMP label in ‘92.

Billy Bang Quintet Featuring Frank Lowe - Above and Beyond (2007) 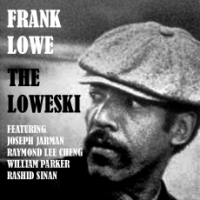 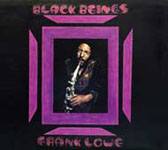 All About Jazz musician pages are maintained by musicians, publicists and trusted members like you. Interested? Tell us why you would like to improve the Frank Lowe musician page.